The Board of Visitors for the School of Theatre, Dance, and Performance Studies (TDPS) was created in the 2015-16 academic year. Members of the board serve as advisors and advocates for our students and the school’s programs. We are grateful for their energy, excellent advice, feedback and time.

TDPS Board of Visitors members 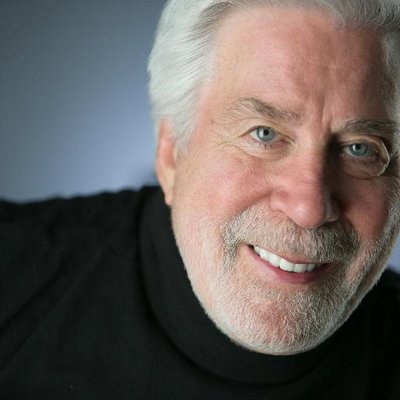 John C. Ford is a graduate of the University of Maryland and has pursued graduate studies at New York University, the Universities of Virginia and Wisconsin, the New School University and the Harvard Business School where he currently serves as an adjunct faculty moderator for its online program, Leadership Direct. John is an executive coach, consultant and an in-demand speaker with over 25 years of both corporate and independent experience in developing managers and leaders. His entertainment practice is wide, since John served for over 10 years as director of employee development for CBS Inc., as president of an emerging ABC unit and as vice president for human resources at HBO. While at CBS, he established its award-winning School of Management and consulted and coached extensively with its broadcast and recording executives. Since creating his own practice, John has trained or coached executives at American Express, AOL, CBS Records (now Sony Music Corp.), Diageo, Google, Lifetime Television, Meredith Corp., Microsoft, NPR, The New York Times, Omnicom Group, Thomson Reuters and the Washington Post.

Jason Aufdem-Brinke is a professional lighting designer in the Washington, D.C. area with nearly 20 years of experience. He serves on the board of The Nora Roberts Foundation, Riotous Youth of Maryland and Shrunken Shakespeare. He is also a company member of We Happy Few. 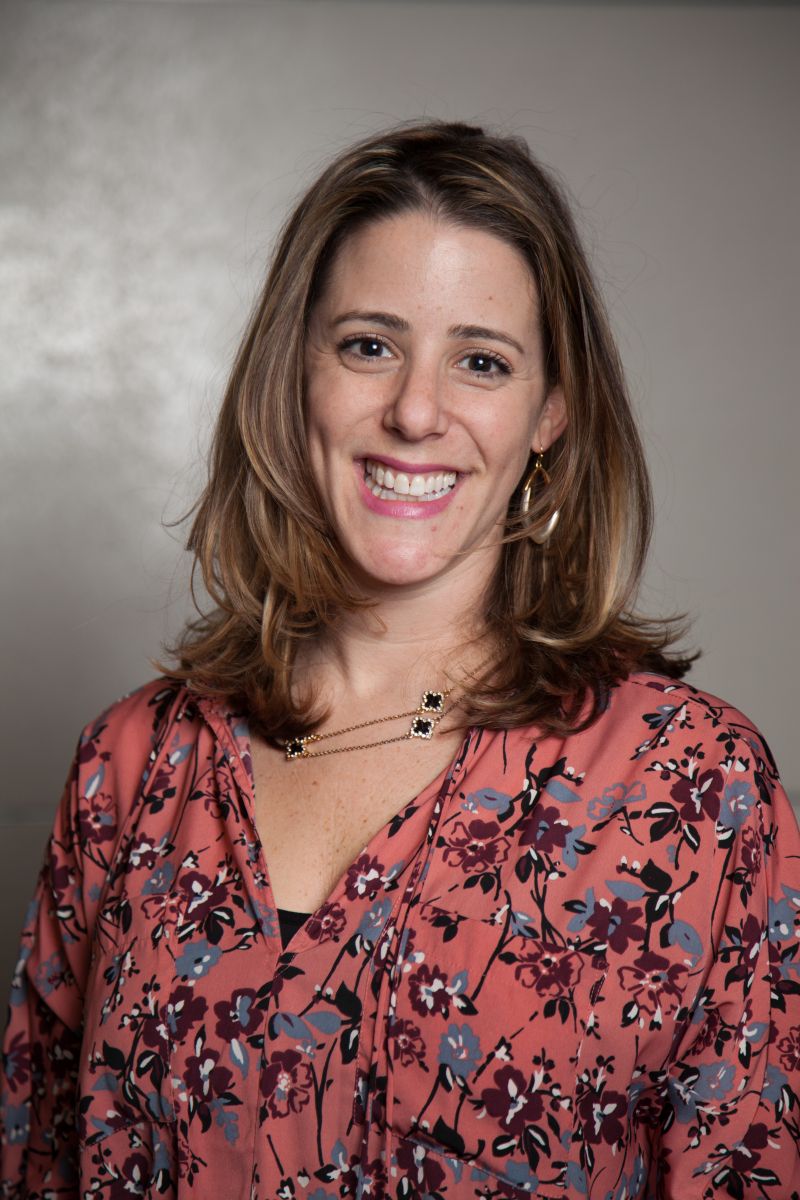 Abigail Bortnick Kopstein is an attorney at King & Spalding, where she has practiced white collar criminal defense for almost 10 years. She has subject matter experience in a number of areas including anti-corruption and the Foreign Corrupt Practices Act, the False Claims Act, e-discovery, banking fraud, drug and medical device regulation and civil and criminal fraud. She also actively participates in firm life by recruiting and mentoring junior associates and completing the prestigious year-long Women’s Leadership Forum. While at UMD, Abigail earned her B.A. in theatre performance, was a member of Delta Phi Epsilon sorority, was a proud MD Imager (tour guide) and was involved with Legal Aid, Senior Council and ODK. She recently completed four years of service on the Alumni Association Board of Governors. 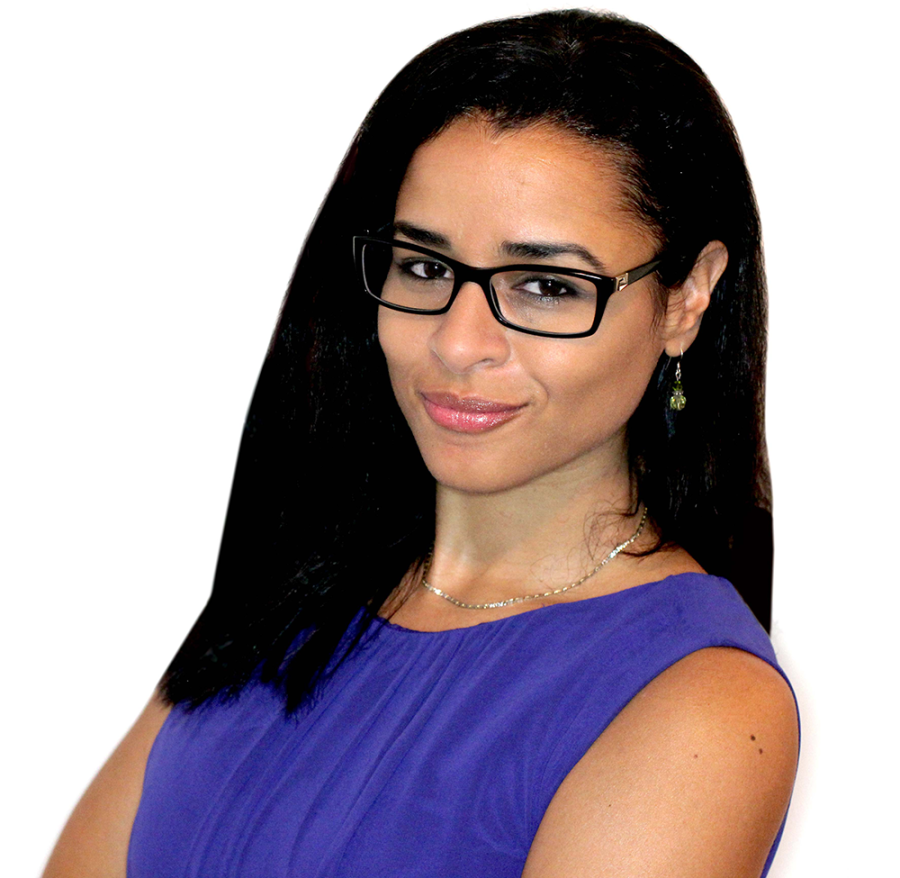 Sarah Cooper graduated from the University of Maryland where she majored in economics. She went on to pursue design management at Yahoo and Google, interspersed with acting gigs on television and a healthy career in stand-up comedy. Cooper is a writer, comedian and creator of the satirical blog TheCooperReview.com, which attracts 100K+ readers per month. Her work has appeared in the Washington Post, Fast Company, Business Insider and Huffington Post. Previously the design lead for Google Docs, she now focuses on writing and speaking on corporate and tech humor. Her first book, "100 Tricks to Appear Smart in Meetings,” was published in October 2016 by Andrews McMeel. 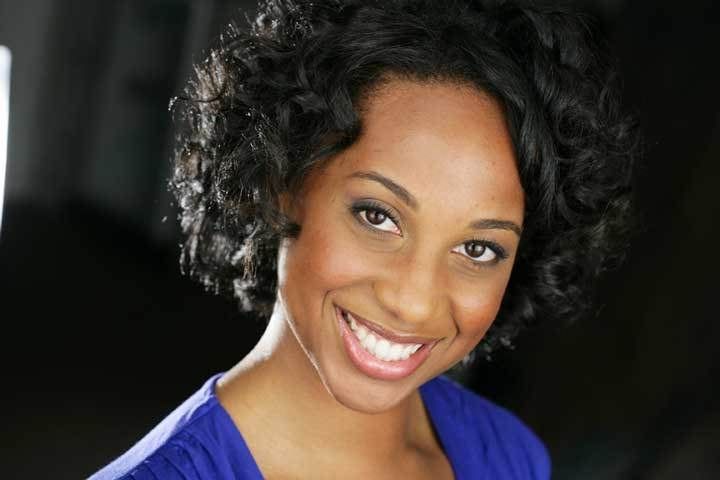 Leayne Freeman is the president and a co-founder of the Maryland Theatre Education Association, and she currently sits on the Fine Arts Advisory Panel for the Maryland State Superintendent of Schools. She has been a professional director and actor both regionally and internationally, and has performed at theaters including Hanger Theater (“The Piano Lesson”), Olney Theatre Center (“Little Shop of Horrors”), Studio Theater (“All That I Will Ever Be”), the John F. Kennedy Center (TYA’s “The Secret Lives of White House Pets”) and the African Continuum Theatre Company (“Old Settler”). Leayne has directed and choreographed a number of productions, including “Our Neverland,” “Heights,” “Shrek,” “The Great Gatsby,” “HONK Jr.,” “Annie Jr,.” “The King and I Jr.,” “Willy Wonka Jr.,” “Grease,” “Little Shop of Horrors,” “Guys and Dolls” and “The Cat in the Hat.” She also assistant directed the University of Maryland's world premiere production of “Baltimore.” Leayne is currently studying expressive arts and drama therapy in mental health counseling and uses the arts to work with children, adolescents and adults who have experienced trauma. She is a graduate of the University of Maryland, College Park, holding a B.A in theatre, a B.A. in English and an M.Ed. focusing on curriculum and instruction. Leayne is now a clinical graduate intern with the Creative Forces Healing Arts team at the National Intrepid Center of Excellence, where she uses drama, dance, music and art to work with active duty service members who have experienced traumatic brain injury. 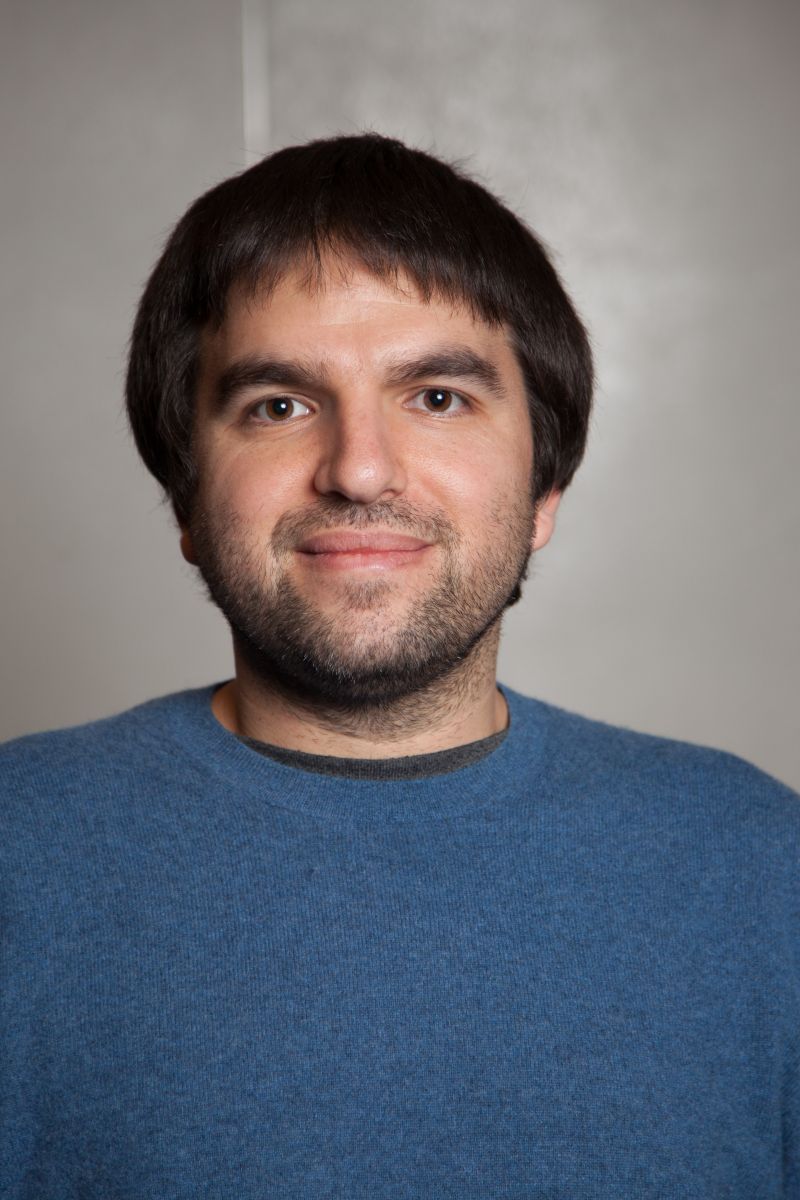 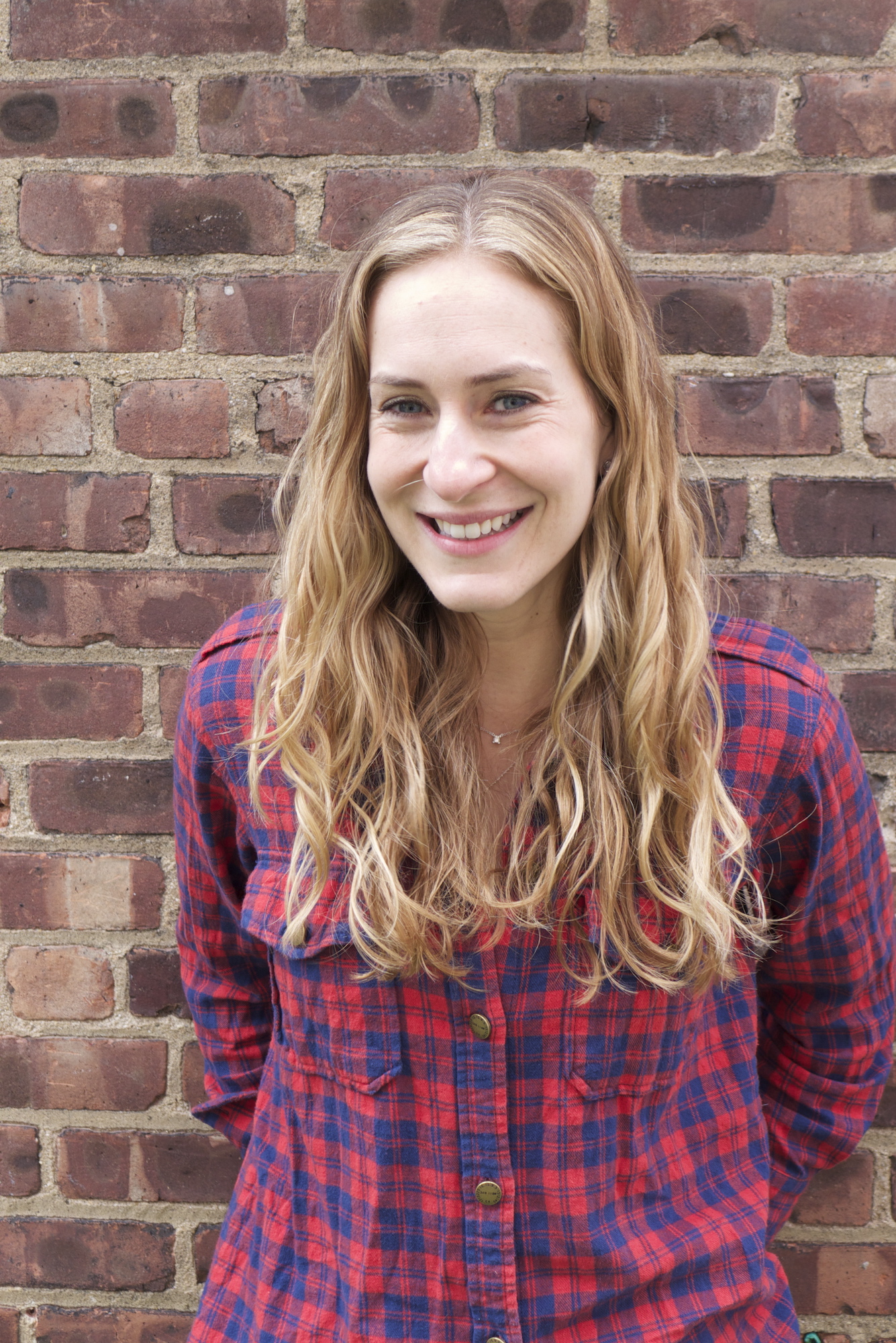 Jen Katz-Burk is an early childhood educator, dance educator and performer in New York City. She currently teaches at the 92nd Street Nursery School and is a contributing writer and professional development facilitator for the DEL Early Childhood Dance Program at 92Y. Committed to integrating dance into the early childhood classroom, Jen has given workshops on this topic at national conferences including the National Dance Education Organization (NDEO) and 92Y Wonderplay. From time to time, Jen continues to perform with Claire Porter’s PORTABLES. She earned her M.A. in dance education from the Steinhart School of Education at New York University​. 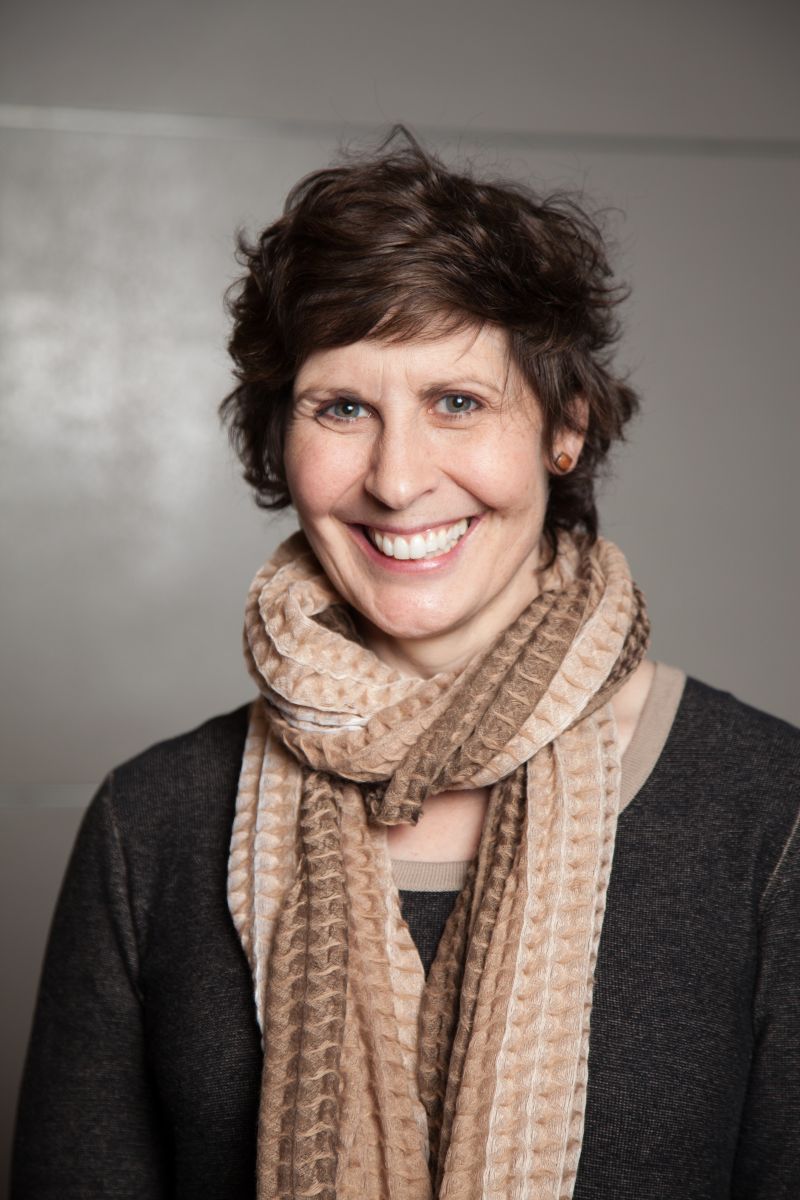 Heidi Onkst is the Vice President of Advancement for Strathmore, a multi-disciplinary arts center in North Bethesda, MD. She has more than 25 years of nonprofit management and fundraising experience in the Washington, D.C. metropolitan area, preceded by more than a decade of management, client-focused retail, and event experience in the private sector. Before joining the Strathmore team in 2019, Heidi served as the Director of Philanthropy at The Nature Conservancy’s Maryland DC Chapter. Prior to TNC, she spent 9.5 years in development at the University of Maryland, College Park. Her tenure at the flagship campus included 5 years with The Clarice Smith Performing Arts Center, followed by 4.5 years in the central office, focusing on scholarships and campus-wide initiatives. Prior to UMD, Heidi served for 11 years as the director of development for Round House Theatre and oversaw their $21 million capital campaign. Heidi holds a Bachelor of Arts degree in theatre from the University of South Florida (Tampa) and is a ’99 graduate and active member of Leadership Montgomery. 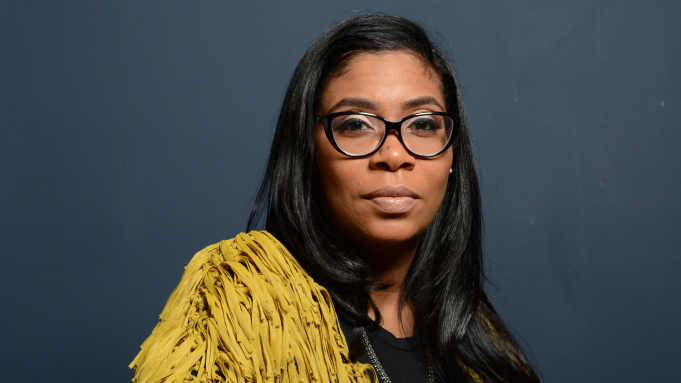 Before graduating with an M.F.A. in costume design from the University of Maryland, Marci Rodgers obtained a B.B.A. with a concentration in marketing from Howard University, a corporate M.B.A. from Florida International University and a certificate in fashion design and marketing from London Fashion College: Central Saint Martins. She has assisted designers such as Ruth Carter, Paul Tazewell and Ann Roth. Most recently, Marci worked with director Spike Lee designing his new series “She’s Gotta Have It” for Netflix, which was nominated for Best Television - Contemporary TV Film Series by the Costume Designers Guild. She is a graduate and active member of Leadership Montgomery. 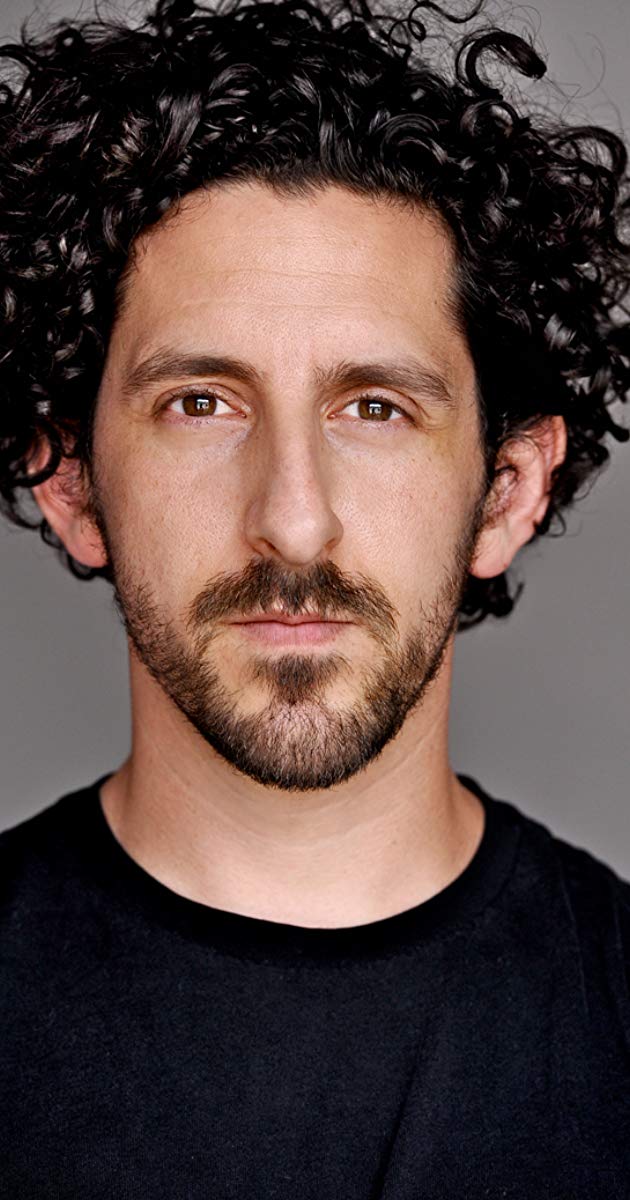 Adam Shapiro is a co-founder of IAMA Theatre Company and was most recently nominated for Ovation Awards for IAMA’s Los Angeles premiere of “The Recommendation” by Jon Caren and for Best Lead Actor in a Musical for “Hey, Morgan!” More stage credits include: “Rent,” “You are Here,” “The Accidental Blonde,” the world premieres of Leslye Headland’s “Bachelorette” and “Assistance” (IAMA Theatre Company) and “David” in Paul Grellong’s west coast premiere of “Manuscript” (The Elephant). Adam is currently filming the upcoming HBO film “My Dinner with Hervé” and indie comedy “Ode To Joy.” He recently filmed the lead role in a new TBS half-hour comedy pilot and roles in the upcoming indie films “L.A. Times” (Sundance 2017), “Feed,” “The Female Brain,” and “F*cking People.” He has appeared as Avie Tevanian in Aaron Sorkin’s “Steve Jobs,” the Netflix series from the Wachowskis “Sense8,” ABC’s “Cristela,” Audience Network’s “Kingdom,” and the NBC comedy “Trial & Error.” He has also guest starred in roles on “Grace & Frankie” (Netflix), “Snowfall” (FX) and “The Mindy Project” (FOX). Recent television credits include: “Bones,” “CSI: Cyber,” “The Mysteries of Laura,” “Betrayal,” “1600 Penn,” “Scandal,” “Mistresses” and “Grey’s Anatomy.” More film credits: “Larry Gaye: Renegade Male Flight Attendant,” “The Answer,” “Sister,” “Nobody Walks in LA,” “Ctl Alt Delete,” “I Am Not A Hipster,” “Short Term 12,” “Now You See Me,” “A Single Man,” “The House Bunny” and “The Den.” 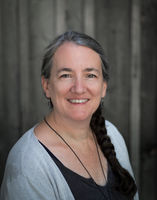 Maura Keefe has been the director of the School of Theatre, Dance and Performance Studies since 2020. Keefe is a contemporary dance historian and a scholar in residence at Jacob's Pillow Dance Festival, where she writes about, lectures on, and interviews artists from around the world. Keefe has also given lectures and led audience programs nationally at places such Princeton University, UCLA, the Goethe Institut (Los Angeles), New York Live Arts, the Joyce Theatre, and New York’s City Center, and internationally for the Festival Internacional Danza Extremadura in Monterrey, Mexico. Based on those interactions with dancers and choreographers, she is working on a collection of essays on contemporary dance forms and cultures. Other research interests include the relationships between dance and sports, with essays published on subjects such as endzone dancing, baseball as structured improvisation, and the Harlem Globetrotters. 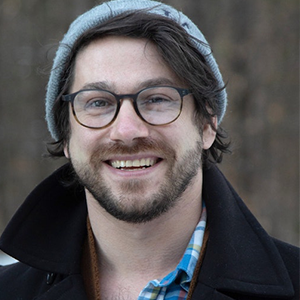 Jared Mezzocchi is an Associate Professor, leading the MFA Design track in Multimedia and Projection Design. He is an Obie Award-winning multimedia director and designer. He also received the Lucille Lortel and Henry Hewes Award for his projection design on Qui Nguyen's Vietgone at Manhattan Theater Club (2016). In December 2020, The NY Times highlighted his multimedia efforts during the pandemic on a list of 5 national artists making an impact during this time, alongside Andrew Lloyd Webber and Paula Vogel. He is the Producing Artistic Director of Andy's Summer Playhouse, an innovative children's theater in NH that produces new work between children and professional artists from all over the world. He is a 2012 Princess Grace Award winner and a 2-time fellow of Macdowell Colony, where he recently went to work on his book A Multimedia Designer's Method to Theatrical Storytelling, which will be released in Fall 2021 through Routledge Publishers. 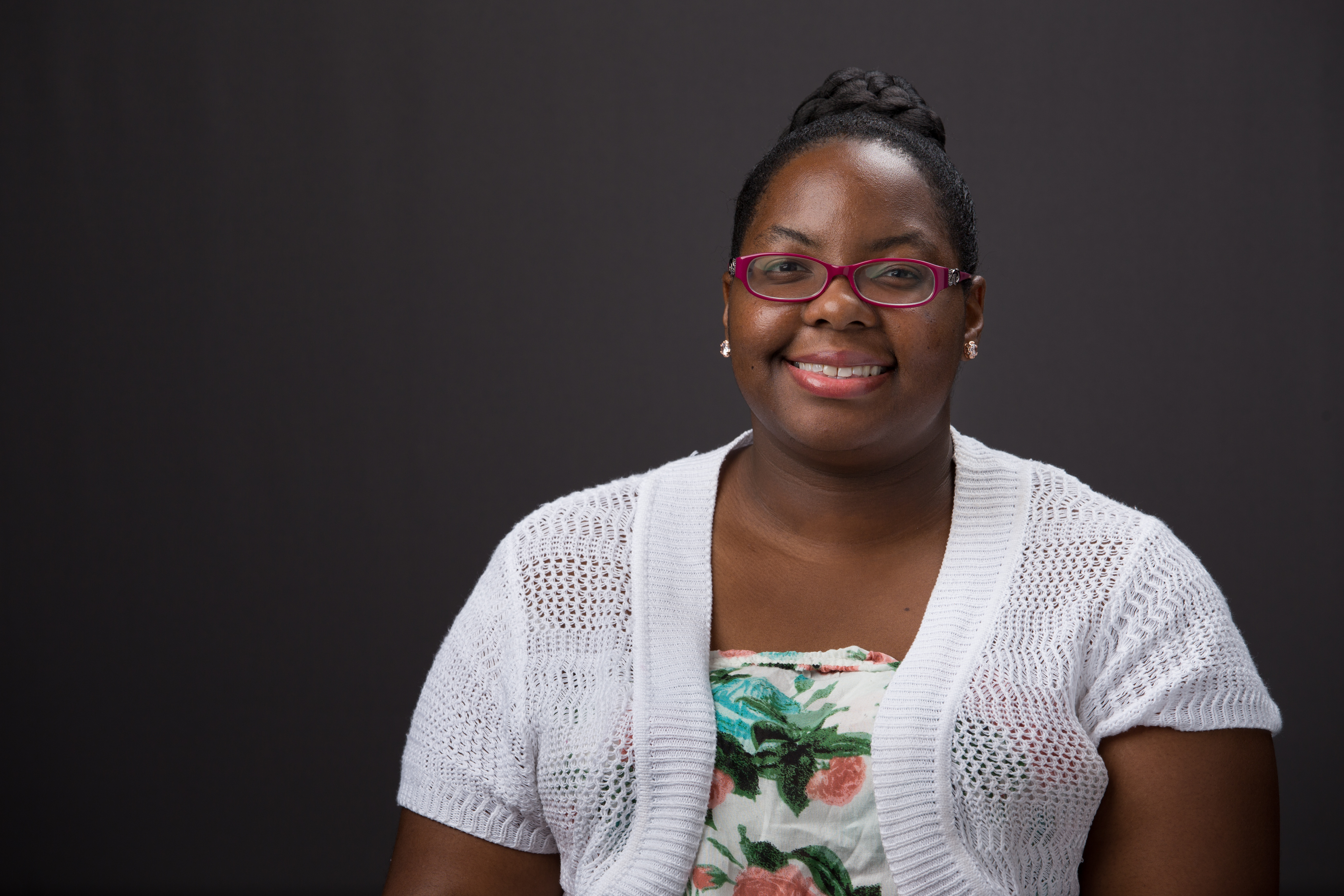 Crystal Gaston began working as the assistant to the director and coordinator of graduate services in November 2016. In this position, she supports the director of the School of Theatre, Dance and Performance Studies, coordinates Appointment, Promotion and Tenure and supports the school's four active graduate programs. Crystal Gaston received her M.A. in museum studies from Johns Hopkins University in 2008 and B.S. in theatre arts with a concentration in theatre administration and a minor in mass communications from Towson University in 2004. She has over 12 years of higher education experience at institutions including the University of Maryland Eastern Shore, Towson University, Johns Hopkins University and Walden University. Her previous position was at the University of Maryland Baltimore School of Nursing in the Office of Admissions as the coordinator of student affairs. 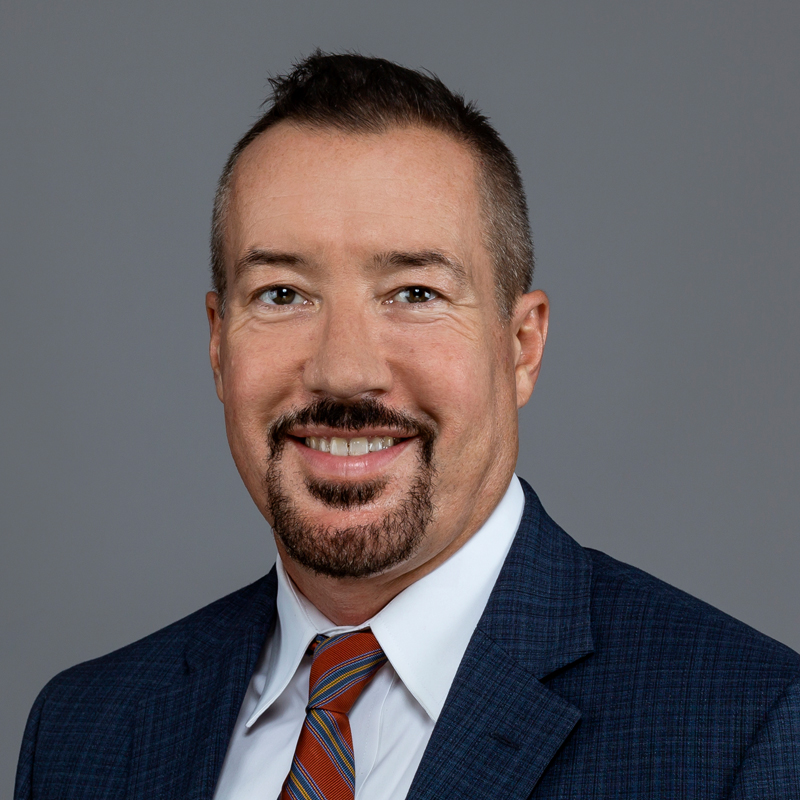 David Robinson-Slemp joined the University of Maryland in the fall of 2011 to provide fundraising support for the performing arts. Working in the assistant dean’s office in the College of Arts and Humanities, David focuses on both major and planned giving programs for the School of Theatre, Dance, and Performance Studies and the School of Music. David has a Master of theological studies, specifically in a study of Jewish-Christian dialogue. In 1996, he discovered his passion for nonprofit development, and he focused on the importance of philanthropy in building stronger communities. He says: “The message is simple: Philanthropy reminds us of our civility. It is the principal conduit through which many sectors are not only sustained, but allowed to thrive.” David’s fundraising experience is broad, from working with an organization dedicated to tribal sovereignty to building a community-based performing arts center for low-income families in Maryland. He credits much of what he has learned by listening to donors and what they want to accomplish with their giving.