The School of Theatre, Dance, and Performance Studies values the unique power of the performing arts to address social issues through performance practice and research.

We value active discourse, focused discipline, rigorous inquiry and collaborative thinking to creatively express and embrace difference, diversity and identity. We train artist-scholars to be active leaders who influence and expand the practice and social impact of theatre, dance and performance studies.

Visit our professional and institutional affiliations page for information about our regional, national and international research partnerships.

School of Theatre, Dance, and Performance Studies, College of Arts and Humanities

Alex & Olmsted distill the emotions and anxieties of our global pandemic into a seven-minute puppet film.

How do you do live theater in a pandemic?

Ph.D. candidate Leticia Ridley publishes a stage review of Round House Theatre’s 2018 production of Gem of the Ocean in the August Wilson Journal.

Summer Research Fellowships provide support to doctoral students during the summer to advance in their program.

PhD candidate Kelley Holley has been awarded a Graduate Student Summer Research Fellowship for Summer 2020 to work on her dissertation about dramaturgy and site-specific performance. Summer Research Fellowships provide support to doctoral students in the period shortly before or after advancement to candidacy. The fellowship enables doctoral students to devote a summer of focused work to prepare for or complete a benchmark in their program.

The fellowships will support the completion of their dissertations.

Ph.D. candidates Q-Mars Haeri and Allison Hedges were awarded Ann G. Wylie Dissertation Fellowships for the semester of their choice in the next academic year, 2020-21. These fellowships will support the completion of their dissertations.

The article examines pedagogy and performance in Brazilian frevo dance.

Kate Spanos (PhD '16; and our marketing communications coordinator) recently published an article, "Dancing between Pedagogy and Performance: Guerreiros do Passo and the Case of Brazilian Frevo," in Dance Chronicle. The article was co-authored with collaborator Amilcar Almeida Bezerra from the Universidade Federal de Pernambuco in Recife, Brazil.

Frevo dance comes from the cities of Recife and Olinda in the northeastern Brazilian state of Pernambuco. We expand on previous research by Valéria Vicente to apply Homi Bhabha’s concepts of pedagogy and performativity to a study of how frevo dancers fight for multiplicity and individuality. We explore how the group Guerreiros do Passo (Frevo Dance Warriors) preserves and disseminates frevo through distinct teaching methods and performance projects, arguing that their work enables the performative enactment of popular memory and the subversion of frevo’s own official discourse. We examine how Guerreiros do Passo provides a new perspective on common challenges in dance pedagogy and performance, including the tensions between tradition/innovation and cultural/individual expression. 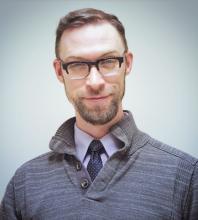 Drew Barker (MA '13; and our performing arts librarian) recently published an article, "Human Histories Onstage: A Conversation on Collaboration with Naomi Wallace & Marcus Rediker," in the Journal of Dramatic Theory and Criticism with co-authors Naomi Wallace and Marcus Rediker.

In this essay, which precedes an interview with the playwright Naomi Wallace and the historian Marcus Rediker, an examination of the ideological and aesthetic motivations shared between the two writers reveals how Marxist humanism guides a new co-writing project titled The Return of Benjamin Lay. After describing Benjamin's life and abolitionist activism, an explanation of the two writers' continued collaboration and shared dramaturgy describes how both writers find Benjamin a worthy subject to adapt for the stage. 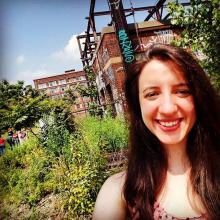 The 1982 camp horror musical Little Shop of Horrors tells the story of a meek little flower shop attendant named Seymour, who comes across a novelty carnivorous plant that eats human blood. The talking plant preys on Seymour’s infatuation with his beautiful co-worker Audrey to radicalize him into feeding the plant ‘fresh’ bodies. Building on the work of theatre scholar Michael Chemers, who asserts that stage monsters represent larger social and political anxieties of their time, this article identifies Seymour, the normal, white, heterosexual everyman, as the real ‘monster’ of the musical. Thus, the musical’s creators, Alan Menken and Howard Ashman, exposed the monstrousness of normativity at the poignant moment in American culture, during the early years of the conservative Reagan administration. This article uses José Muñoz’s theory of ‘disidentification’, a strategy employed by marginalized people working ‘on and against dominant ideology’ to analyse the creators’ didactic and subversive strategy. 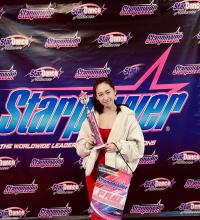 Jared Strange published research about gestures and scenarios in the soccer World Cup. 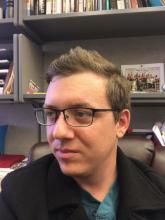 During the 2018 World Cup in Russia, two Kosovo-born Swiss players stirred controversy when they flashed a double-headed eagle gesture during a contentious win over Serbia. The gesture was an assertion of ethnic Albanian pre-eminence in Kosovo and a rhetorical strike against the Serbians, who still claim ownership over Kosovo even ten years after its declaration of independence. The gesture sparked worldwide media coverage and prompted punishments by FIFA (the World Cup's governing body), which legislates against overt political expression during matches. In this article, I will examine the double-headed eagle gesture as an example of the body's unique capacity to perform multiple political interventions at once. Not only did it transmit a contentious history, it also undermined the anti-political boundaries erected around the scenarios of transnational combat engendered by FIFA, highlighted anti-immigrant sentiments still festering across Europe, and illustrated the communicative powers that elite players can access through their goal celebrations. Considering these valences supports my reading of this case as symbolic of the sort of ruptures produced by competing impulses operating in Europe today, one working for the affirmation of the union, the other for its dissolution.