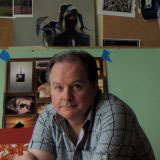 Nominated for Washington, D.C’s Helen Hayes Award for Outstanding Set Design fourteen times, he received the award in 2000 , 2009, 2014, and 2017 for Stunning, for Woolly Mammoth Theatre, directed by Anne Kaufmann. Professor Conway was the Head of Design and Production from 1994-2014.

In 2017, Professor Conway became the first designer to receive The Anderson-Hopkins Award for Outstanding Contribution to Washington, D.C. Theatre.

Professor Conway’s work on the Chicago Shakespeare Festival’s production of The Tempest  among others, led to his selection as a featured designer by The United States Institute for Theatre Design and Technology to represent the United States at The 2019 Prague Quadrennial.

Tweleve-time nominee of the Helen Hayes Award for Outstanding Scenic Design and winner of the award in 2000 for Ambrosio at Rep Stage and in 2009 for Stunning at The Woolly Mammoth Theatre; Individual Artist Fellowship, D.C. Commission on the Arts and Humanities, 1997.