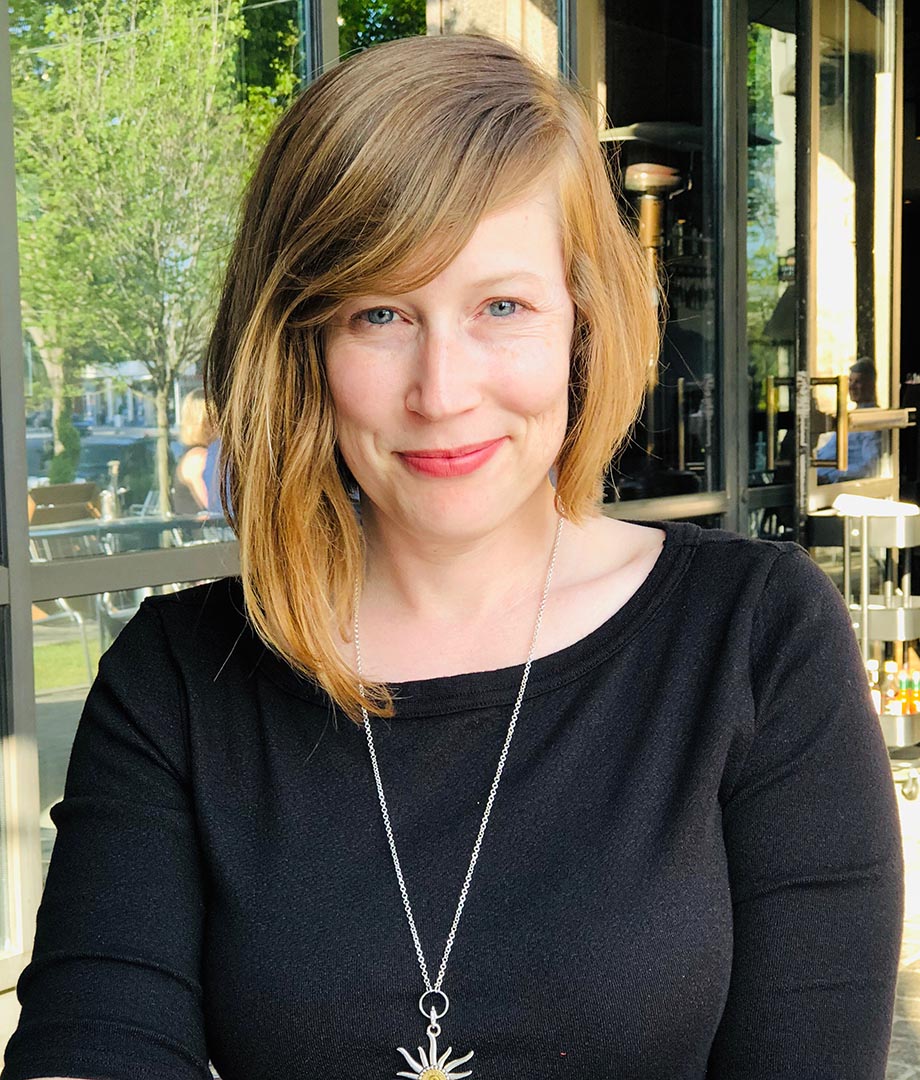 Jennifer Barclay is an actor-turned-playwright, formerly based in Chicago and California, and so very happy to be here on faculty at UMD’s department of TDPS.  Her play Ripe Frenzy won the National New Play Network’s 2016 Smith Prize for Political Theatre and the 2018 Dramatists Guild Fund Writers Alliance Grant. Ripe Frenzy was developed at Woolly Mammoth, the 2017 Ojai Playwrights Conference, NNPN/PlayPenn, and had a 2018 NNPN Rolling World Premiere at New Rep in Boston, Synchronicity Theatre in Atlanta and Greenway Court in LA. Her other plays include This Profound Abyss, Housebound, Yellowstone: the ballad of the red-state white man, Obscura, Freedom, NY, The Human Capacity, Danny, Red Helen, The Attic Dwellers, Eat It Too and she is in the midst of developing a trilogy set in the national parks.

Jennifer has been a Fellow at the MacDowell Colony, the Virginia Center for the Creative Arts, the Hawthornden International Writers Retreat in Scotland and will join The New Harmony Project in 2019. She has been a playwright in residence at South Coast Rep, Center Stage and Arena Stage. Jennifer has a degree in Theatre from Northwestern University and an MFA in Playwriting at UC San Diego, where she studied with Naomi Iizuka. She is proud to be an NNPN Affiliated Artist and a member of the Dramatists Guild.

As an actor, Professor Barclay has performed in Austria, Scotland, Chicago, California and New York, and has toured her one-woman show, Clearing Hedges, nationally and internationally.

Currently, Professor Barclay is developing three new plays: Housebound, Yellowstone: the last gasp of the angry white man, and This Profound Abyss. Housebound is a play about domestic servitude human trafficking in the DC international community that has been developed through a highly-collaborative interview-based process that was funded by UMD TDPS, ARHU and Division of Research, through a Tier 1 Faculty Research Grant. Along with director Shana Cooper, Barclay workshopped Housebound at Woolly Mammoth Theatre Co in DC in November 2017 and April 2019. Yellowstone is an all-female brutal comedy about patriarchy, entitlement and a love of the land that challenges us to open up a true dialogue across the national liberal-conservative divide. This Profound Abyss is a bucolic, gender-bending love comedy in conversation with A Midsummer Night’s Dream, set in Yosemite National Park. Yellowstone and This Profound Abyss are part of Professor Barclay's National Parks trilogy.

--Traveling to Costa Rica in March 2020 for research, thanks to a grant from the International Program for Creative Collaboration and Research.

--Traveling to Glacier National Park in July 2019 to research the third play in the National Parks Trilogy, thanks to a Creative and Performing Arts Award.

--Writer in Residence at The New Harmony Project in Indiana, May 2019.

--This Profound Abyss workshop, directed by Johanna Gruenhut, May 2019.