After Loss, ‘Learning to Breathe Again’

October 27, 2021 School of Theatre, Dance, and Performance Studies | College of Arts and Humanities | School of Music 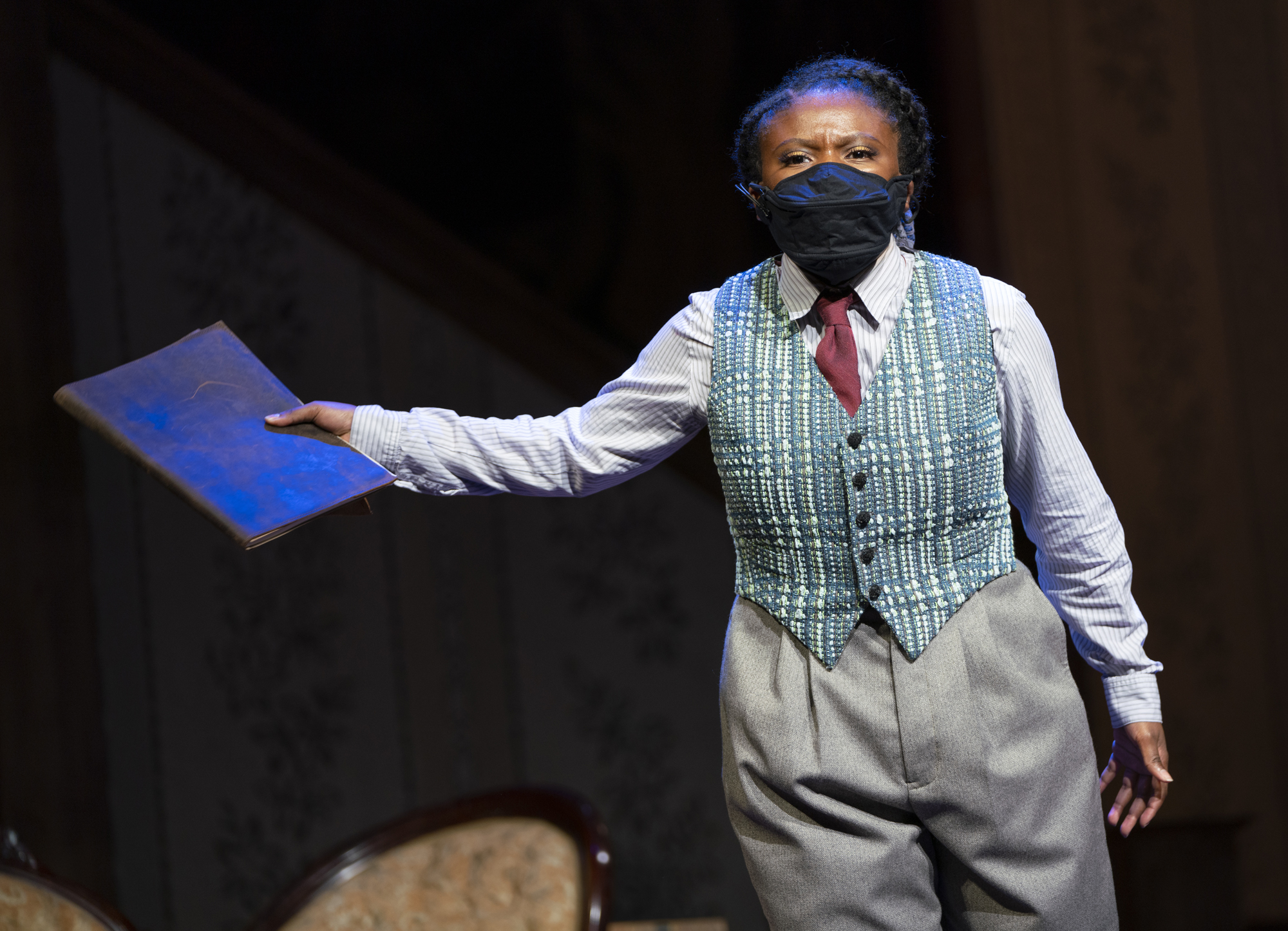 TDPS student channels grief through a musical version of the classic story of “Little Women.”

After a year marked by loss and grief, Leilani Clendenin ’22 is using theater to process her emotions and find healing.

The senior theatre and voice major, who is playing the lead role of Jo March in the School of Theatre, Dance, and Performance Studies’ “Little Women: the Broadway Musical,” was already reeling from canceled performance opportunities and from the racial reckoning that brought the nation’s social inequities into sharp relief. Last month, her voice and opera professor Carmen Balthrop, who was to play a leading role in “Little Women,” died from cancer.

Balthrop, a legendary American soprano and beloved professor of voice and opera, had been cast as Marmee, the March family matriarch.

“Through all that I’ve experienced in the past year and feeling very alone, I’ve realized that the stage is where I’m supposed to be,” said Clendenin. “For me, theater is about creating family, community and connection.”

“Little Women,” which runs October 28-31 at The Clarice Smith Performing Arts Center, immerses audiences in the age-old story of the March sisters, whose adventures lead them through love, hope and self-discovery. In the story, Jo struggles with loss stemming from the scarlet fever epidemic that ravaged the U.S. in the mid-1800s.

Principal lecturer of dance Alvin Mayes, co-director of the production, said Clendenin has grounded herself by channeling Jo’s experience of grief.

“She must be both strong and sensitive, much like Jo,” he said. 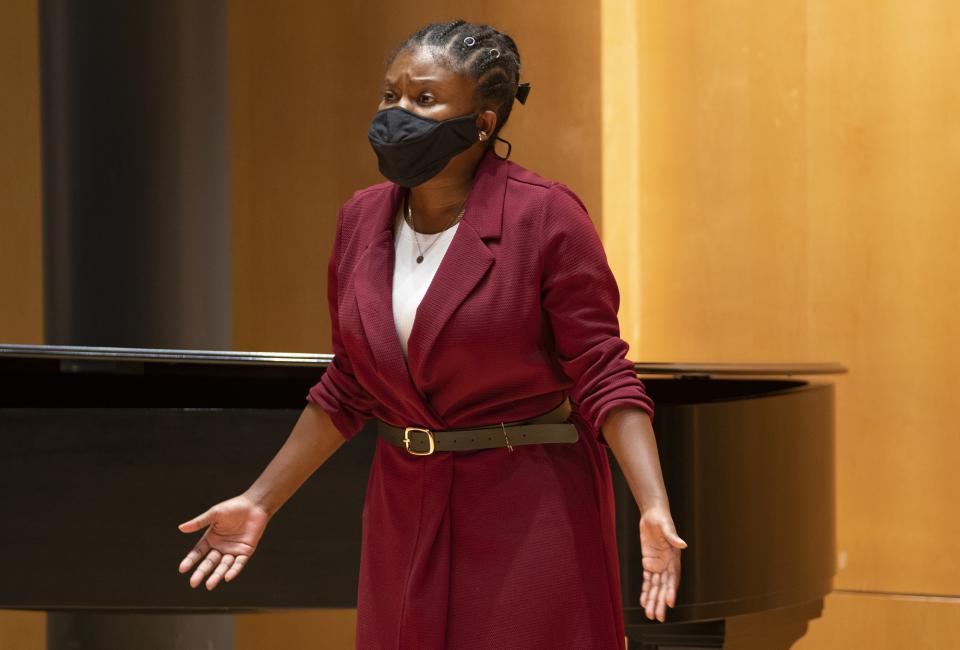 Clendenin has been immersed in trying to understand the racial and gendered dynamics of the Civil War era and considering how this history connects with the experiences of women and Black people in the U.S. today. Louisa May Alcott, the author of the novel published in 1868, was a transcendentalist, feminist and abolitionist whose writing was radical at the time. The character of Jo, based on Alcott’s own life, represents a woman pursuing a writing career at a time when women were discouraged from doing so.

Clendenin said she also connects Jo’s experience with her own efforts to build self-confidence as she prepares to enter the professional world after graduation in the spring. She plans to take a gap year after graduating and then pursue a master’s in speech pathology.

“I want to help other people find their voices,” she said.

Scot Reese, theatre professor and co-director of the production, said young Black women who studied with Balthrop, like Clendenin, can carry on their teacher’s story through their successes.

“Like Marmee, Carmen was a person who created family,” said Reese. “Whether she was working with colleagues or students, she was a good friend, mother, sister and partner, and we see her legacy live on through all of us who became part of her family.”

Clendenin said her love of singing is attached to her professor, and she sees the show as an opportunity for her to immortalize Balthrop’s life.

“How does Jo write again after her loss? How do I sing again? How do we go on?” Clendenin said. “I realized that I had been holding my breath, and, throughout this rehearsal process, I have had to find the places where Jo—and I—learn to breathe again.”

To reserve tickets for “Little Women” at The Clarice, visit https://theclarice.umd.edu/events/2021/little-women-the-broadway-musical. The production runs from October 28-31 in the Kay Theatre. Tickets are pay-what-you-wish.