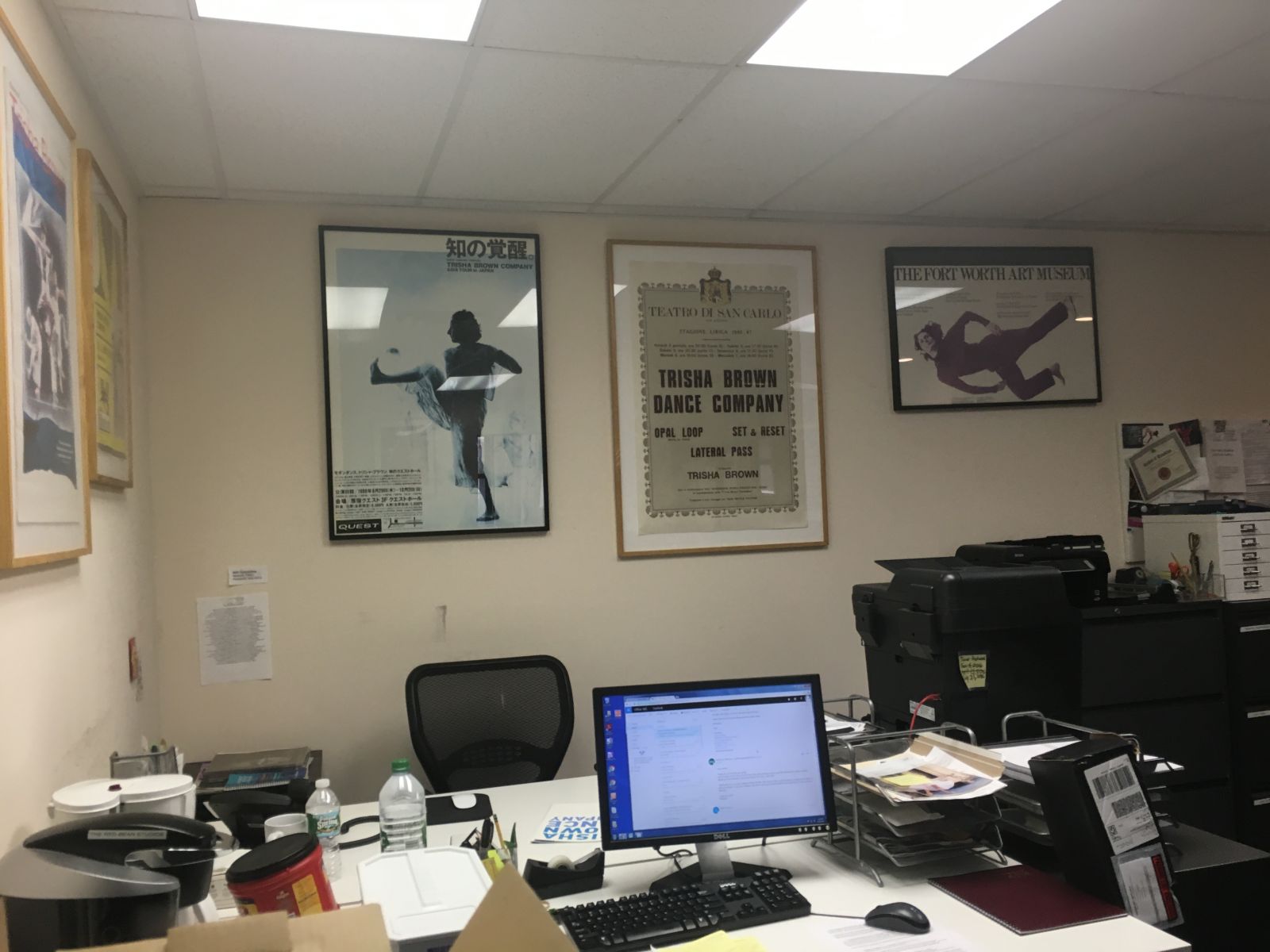 Amber Chabus, a junior in the BA Dance program, recently completed a summer internship at the Trisha Brown Dance Company in New York City. She did archival and administrative work for two days per week from June to August at the company’s headquarters in Midtown.

​Trisha Brown is a modern dance pioneer who has used movement to “investigate the extraordinary in the everyday” and to “challenge existing perceptions of what constitutes performance” (from the company website). She studied at Mills College and worked with choreographer Anna Halprin before teaching at Reed College in Portland, Oregon. In the early 1960s, she moved to New York City and formed her own dance company in 1971. She is known for pushing the boundaries of dance in various ways, and her work has also incorporated classical music, opera, and visual arts. Brown has retired, and her company now continues her legacy in post-modern dance by preserving her originals works while also creating new and innovative works.

Amber was thrilled to have the opportunity to work closely with the prestigious company this summer. Her archival work involved sorting through old footage of dance performances dating back to the 1970s, giving her a sense of the company’s history and the particular aesthetic of Trisha Brown’s choreography. The Trisha Brown Archive includes performance footage of over 90 original works, spanning 40 years, including videos made during Brown’s choreographic and rehearsal processes. The company today makes use of archival materials on stage and in exhibitions, in order to incorporate a sense of historical context into contemporary works.

Amber's office at the Trisha Brown Dance Company in NYC

Amber also transcribed choreography notes, and she was interested to see the kind of notation and terminology that was used to describe the dances. On the administrative side, she helped schedule company tours by researching dates, routes, and other details. She also filed press releases and programs, allowing her to work through the history of the company’s performance activities.

In addition, Amber was tasked with helping at the Trisha Brown Dance Company’s annual summer intensive. In exchange for working to ensure that the intensive ran smoothly, she was able to take free classes. She says that the classes gave her an opportunity to experience the movement in her body, after working through the archives in the early weeks of her internship. The experience gave her a fuller understanding of the company’s history and aesthetic, as she moved through the intricacies of Trisha Brown’s distinctive technique.

The internship allowed Amber to learn more about the administrative side of a dance company--an invaluable skill for any young performer. For example, she learned about marketing strategies, how to discuss artist contracts, and how to reach out to venues for performance scheduling. Amber is interested in further pursuing aspects of dance administration in the future, along with continuing to perform and choreograph.

Amber begins her junior year at TDPS with a new perspective on what it means to be a professional dancer and performer. She has also learned some new choreographic tools and movement vocabulary from the Trisha Brown Company that she will incorporate into her own artistic work. Last spring, she presented original choreography with Emily Ames at the UMoves: Undergraduate Dance Concert 2016, and this year she plans to continue to immerse herself in dance through performance and choreography opportunities. She will perform in Sarah Beth Oppenheim’s MFA Dance Thesis Concert, Render Edit, in December, and also in guest artist Monstah Black’s UMoves residency. She looks forward to working with fellow Dance majors and combining her major studies in Dance and Kinesiology through the study of sport/movement sociology.

Amber Chabus and Emily Ames in "Sentiments of a Doormat"

Much of Trisha Brown’s legacy is based on the notion of breaking boundaries, and Amber is interested in further investigating how and where such boundaries can--and need to be--broken. We are looking forward to seeing the innovative work that she creates in the upcoming years!