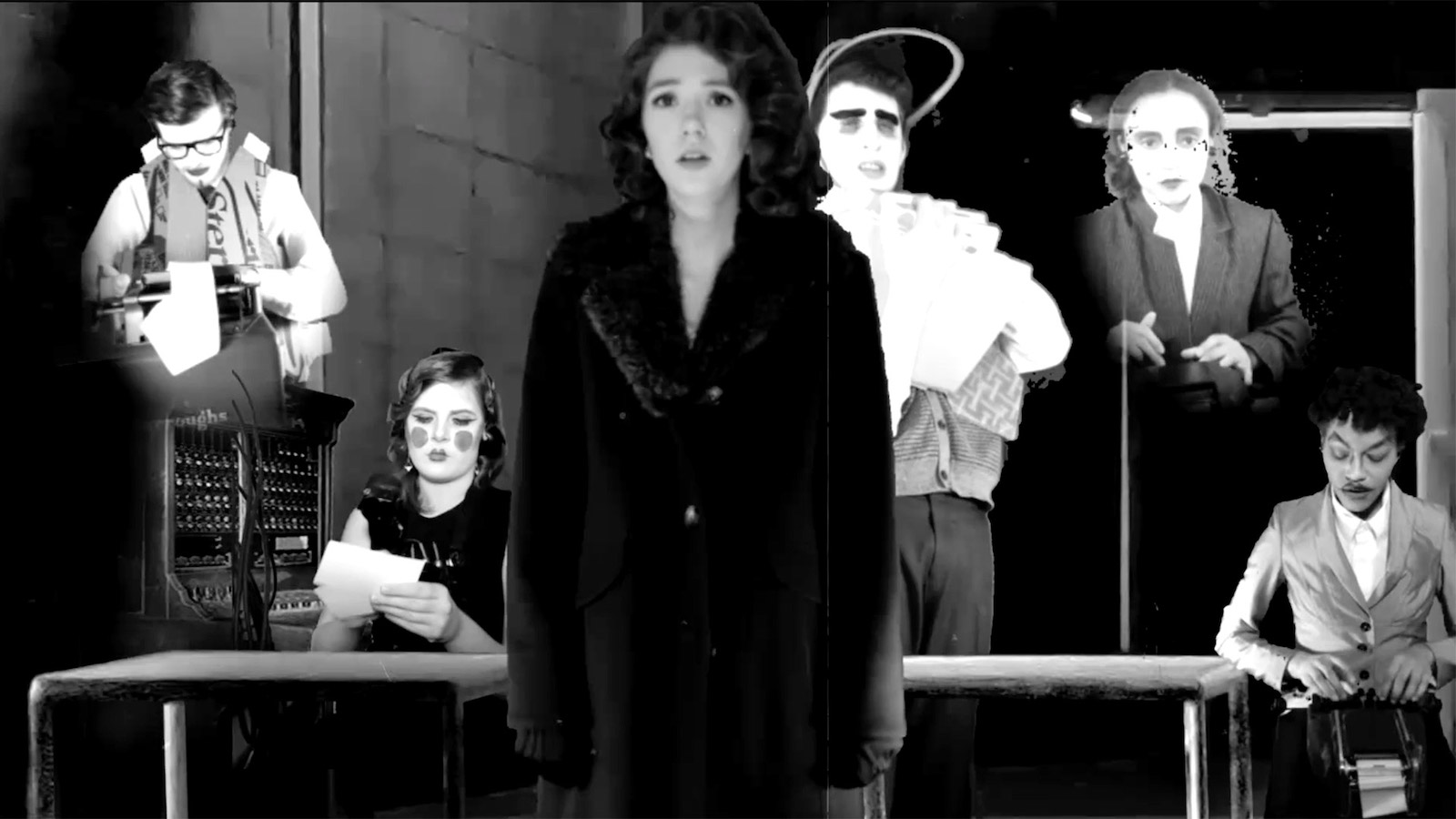 A young woman and her lover murder her husband, leading to a media monsoon as reporters and photographers follow the case. Eventually, the woman finds herself seated in the electric chair.

“This is research,” said Director Brian MacDevitt, lecturer in dance/theatre design and production, and a five-time Tony winner for lighting design. “This is exactly what we should be doing at the school.” 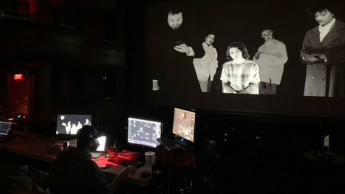 “Machinal” will be TDPS’ fourth virtual main-season show since the COVID-pandemic stopped most live in-person performances nationwide nearly a year ago; the school has focused on creating innovative ways to present productions with casts, crews and audiences at home.

Treadwell was working as a journalist in 1927 when Ruth Snyder and Judd Gray were convicted of killing Snyder’s husband, Albert. Her observations about the trial and the publicity surrounding it inspired her to write “Machinal,” in which the main character, a stenographer, is “trapped in the machine of her life without ever having the experience of her own thoughts or ideas,” said Ebie Prideaux ’21, who plays the main character, known simply as “A Young Woman.”

“It’s really interesting, as much as it was written in 1928, how much it connects to today, especially in conversation with mental health and specifically anxiety,” said Prideaux.

The play may have fresh relevance in the wake of the documentary released last week, “Framing Britney Spears,” which has prompted a national conversation on how the media and public treat young women. Prideaux pointed to another piece of popular culture that influenced her understanding of the work: “I binge-watched ‘The Crown’ with my mom over winter break, and every single day in rehearsal I’d say, ‘This is Diana’s story,’” she said.

The costumes, designed by Madison Booth MFA ’21, reflect the idea of finding one’s place as a woman in a world run by men: Many of the women’s outfits incorporate menswear, often oversized to suggest that the person wearing it doesn’t quite fit in.

The virtual production tasked all 19 actors with becoming their own crew and hair and makeup team. Each member of the cast, performing from home, received a green screen to set up, as well as a lighting package of six channels operated via individual switches; when the lighting needs to change for a new scene, it’s up to each actor to make that happen. Film of a model set will be projected onto the screens during the performances. During one scene that takes place in a speakeasy, for example, each actor will perform in front of the speakeasy’s set, zoomed into their homes.

“As an actor, you (typically) have the privilege of not having to worry if anything technically goes wrong,” said Prideaux. “I was like, ‘Oh my God, if anything goes wrong, it’s completely my fault,’ but that mindset quickly went away right when we started working with all of the grad students and professionals we brought in.”

The School of Theatre, Dance, and Performance Studies will present “Machinal” at 7:30 p.m. Saturday. Reserve free tickets on the Clarice Smith Performing Arts Center's website. Electronic tickets include a link to the event.