From the outside to the inside and back again: Four actors share their experiences on Hamlet Replayed 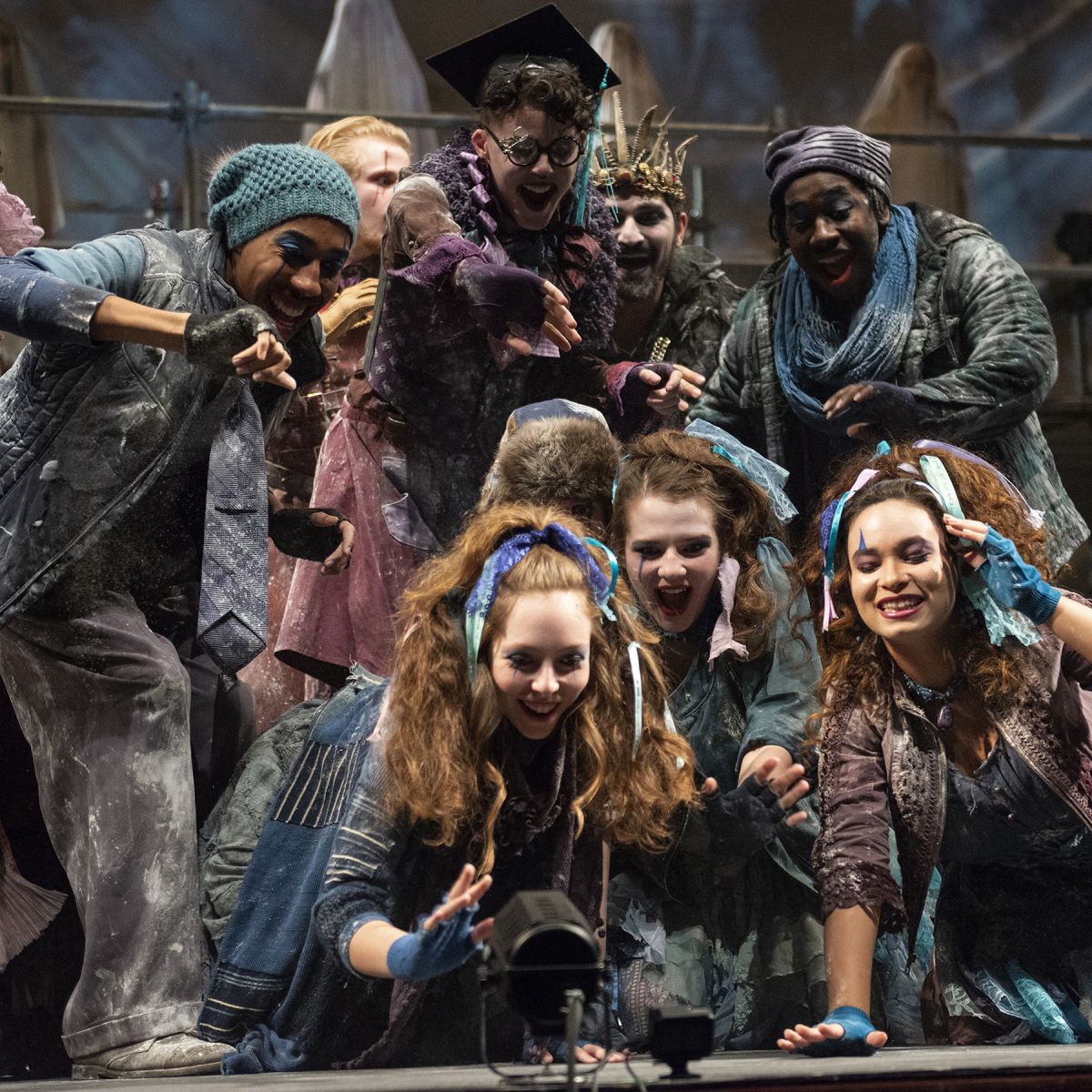 “If one snaps, we all drop.” Learn more from our students about the process of character development and physical and emotional transformation in Leslie Felbain’s “Hamlet Replayed,” opening tonight at The Clarice. Prepare to be surprised and delighted!

I had the opportunity to sit down with four cast members of “Hamlet Replayed,” undergraduate student actors Molly Boyle, Hana Huie, Daniela Gomes and Justin Alston. “Hamlet Replayed” is directed by professor Leslie Felbain and its premiere run takes place in the Kay Theater from February 22 until March 2 at The Clarice at the University of Maryland.

“Hamlet Replayed” is an adaptation of Shakespeare’s classic tragedy that is student-driven and draws comparisons between Hamlet’s dilemma (to be or not to be?) and our current era of political and global uncertainty. The adaptation maintains the themes of the original play, but this one imagines a new cast of greedy, divisive leaders, bringing Hamlet into the millennial generation.

The actors shared with me their thoughts regarding the challenges, opportunities and epiphanies they have experienced throughout the process of creating “Hamlet Replayed.” Leslie Felbain, the director, has an extensive education and background which included training at the Ecole Jacques Lecoq and Atelier Serge Martin in Paris, France, and she specializes in clown, Bouffon, and Nouveau Cirque techniques. Felbain’s experience provided a fertile entrance into the process of workshopping and directing the play.

I was curious whether the actors had any previous experience working with Lecoq's Physical Theatre and Clown Technique. Jacques Lecoq was best known for his development of teaching physical theatre, movement, and theatrical styles which he taught at the school he founded in Paris known as Ècole Internationale de Théâtre Jacques Lecoq in 1956. Following in Lecoq's lineage, Serge Martin further explored these physical techniques applying them to the emotional life of a character at his School in Geneva, École de Théâtre Serge Martin. Senior Theatre major Molly Boyle explains that, through the process of learning Lecoq and clown techniques with Felbain, she has come to appreciate their playful and absurd qualities. She says, “It’s not just the typical physical technique [that is typical of American-style acting] that starts externally and then creates subtextual psychological meaning going from the outside in.” In this European-based technique, it is also about body awareness and presence to understand the character’s emotional state in a playful—and sometimes absurdist—way.

Working in tension states to develop a character from the “outside in” is a process that allows actors to get out of one’s own emotional habits and develop a sense of what the character would do. As Hana Huie, a junior Theatre and Dance double major, remarked, it is “…to be fully aware of how to use our bodies so that we can hold specific tension states with them.” Molly explained that, for her, the biggest challenge has been that “it's entirely about intentionality and basically having enough awareness of what your go-to habits are and the places that physically you tend to go to.”

Senior Theatre major Daniela Gomes added the idea of being fully present in one’s character: “Presence isn't just you thinking about what's happening or mentally being present but also being physically present and aware of your body. That can mean that subconscious things as an actor may affect you physically and also being aware of when those things pop up. The idea is to become aware of them so that you can get more towards just being the physicalization of the character.”

Hana, who has a dance background, related her experience to being in a dance piece, in which “you are onstage and you are in the moment the whole time until it’s over.” However, she says, “‘Hamlet Replayed’ is much longer than a typical dance piece and involves a lot of moving parts that aren’t often found in dance like scripted lines and scene structure.”

Senior Theatre major Justin Alston remarked, “Always being present can be a challenge...because we're not always present in life, even though we might think we are. So doing it on a stage is even more challenging.” Being present in the piece is important to the intention of the work as it regards the actors being connected at all times, “like rubber bands,” according to Hana. “If one snaps, we all drop.”

This connection gives a spirit to the work that is different from what these students have experienced before. Justin remarked, “You can’t just go offstage and re-group and ‘drop’ out of character for a moment.” I suggested that it must be exhausting to be inwardly and outwardly focused at all times, but Justin mentioned, and the others agreed, that he felt it helped create a particular emotional (not just physical) stamina that he had not felt before working on “Hamlet Replayed.”