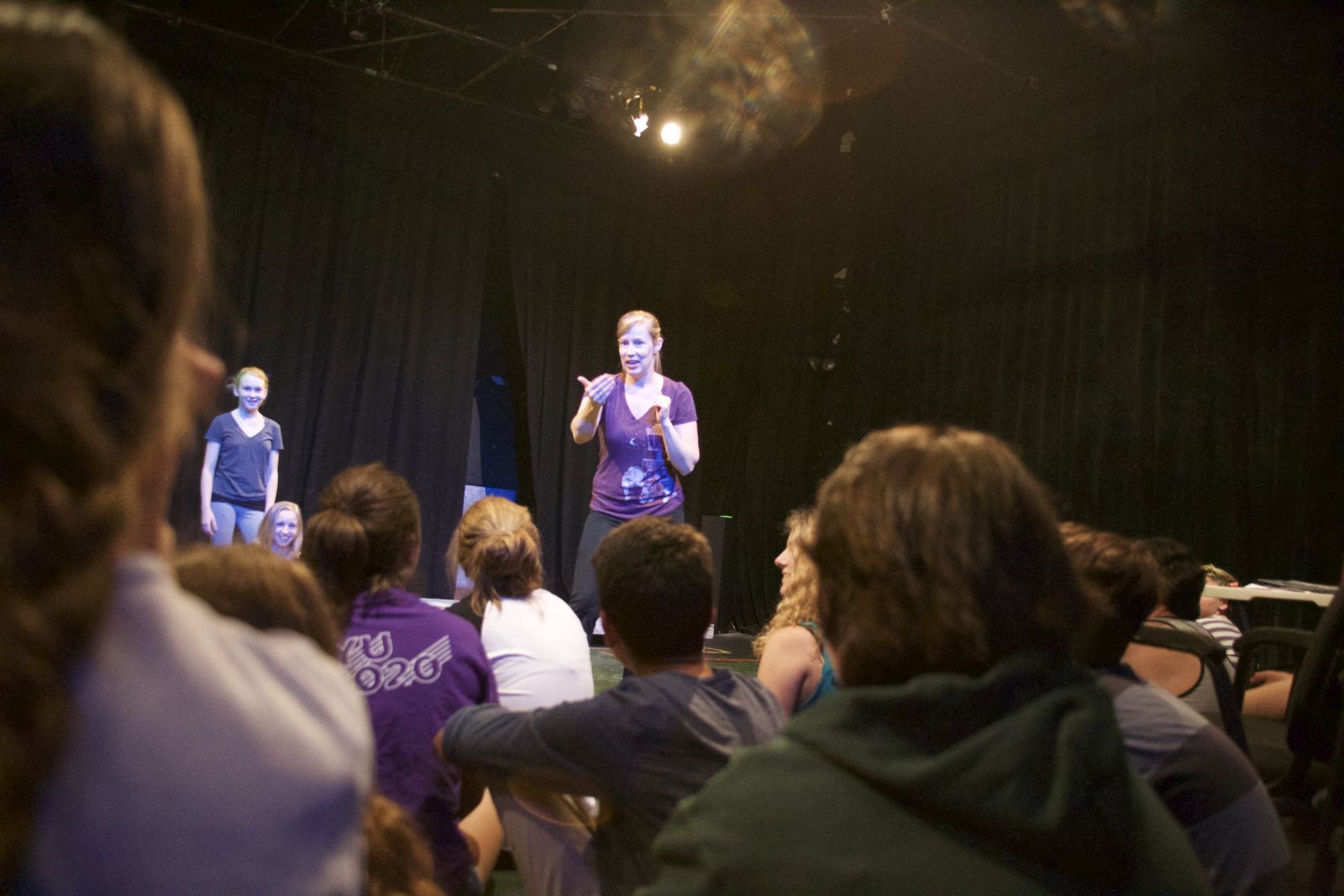 Over the summer, TDPS Design Professor Jared Mezzocchi led his first season as the Artistic Director of summer youth theater Andy’s Summer Playhouse in Wilton, NH. After eight years of writing and directing for the theater, in addition to summers spent there as an “Andy’s Kid” during his childhood, Mezzocchi says, “I’m honored to be able to lead it now.”

Founded in 1971, Andy’s is an annual summer theatre which invites young artists between the ages of eight and eighteen to create original work in tandem with professional artists from across the country. Each production is also fully staffed with young people; no one over the age of eighteen works on the production after opening night. While these works are created by and performed by young people, the content is intended for audiences of all ages.

Each summer Andy’s presents three productions. This summer they were Viewfinder, a multimedia production written and directed by Mezzocchi; Samantha Rai and the Shogun of Fear, a musical by playwright Qui Nguyen and directed by Wyckham Avery; and Playing Bo Peep, written by Katy Day (BA English '16), directed by UMD alum Sam Mauceri (’15), and costume designed by Deb Sivigny (‘04)--a feminist re-telling of the Little Bo Peep nursery rhyme which toured in the local community.

Under Mezzocchi’s leadership, Andy’s has taken on season themes – this summer’s was “identity” – as well as additional programming. That new programming includes Andy’s Academy, a technique workshop intensive led this summer by UMD alums Gabriel Macedo (’15) and Katerina Klavon (’16), and The Greenhouse, a workshop process for new plays. The inaugural Greenhouse workshop developed a stage adaptation of the book George by Alex Gino.

Alongside Mezzocchi, the 2016 summer at Andy’s welcomed a number of UMD students, faculty, and alumni: Deb Sivigny (‘04) designed costumes for Samantha Rai; Mikala Nuccio (‘16) and Noah Israel (‘16) worked on marketing and stage management for two of the shows; MFA Dance students Matt Reeves and Colette Krogol and Jonathan Hsu (‘15) performed as part of The Greenhouse series; and TDPS Theatre Professor Jennifer Barclay took some time away from her residency at the nearby MacDowell Colony to lead a workshop.

Mezzocchi hopes that the number of TDPS students, faculty, and alumni who participated this summer will become a new tradition. “I’m trying to make it into a standard that UMD alumni and students are coming [to Andy’s],” Mezzocchi says. “Andy’s infuses itself into these artists.”

Some videos from Andy's Playhouse:

The team for The Greenhouse reading of George.

Production still from Viewfinder, written and directed by Jared Mezzocchi.