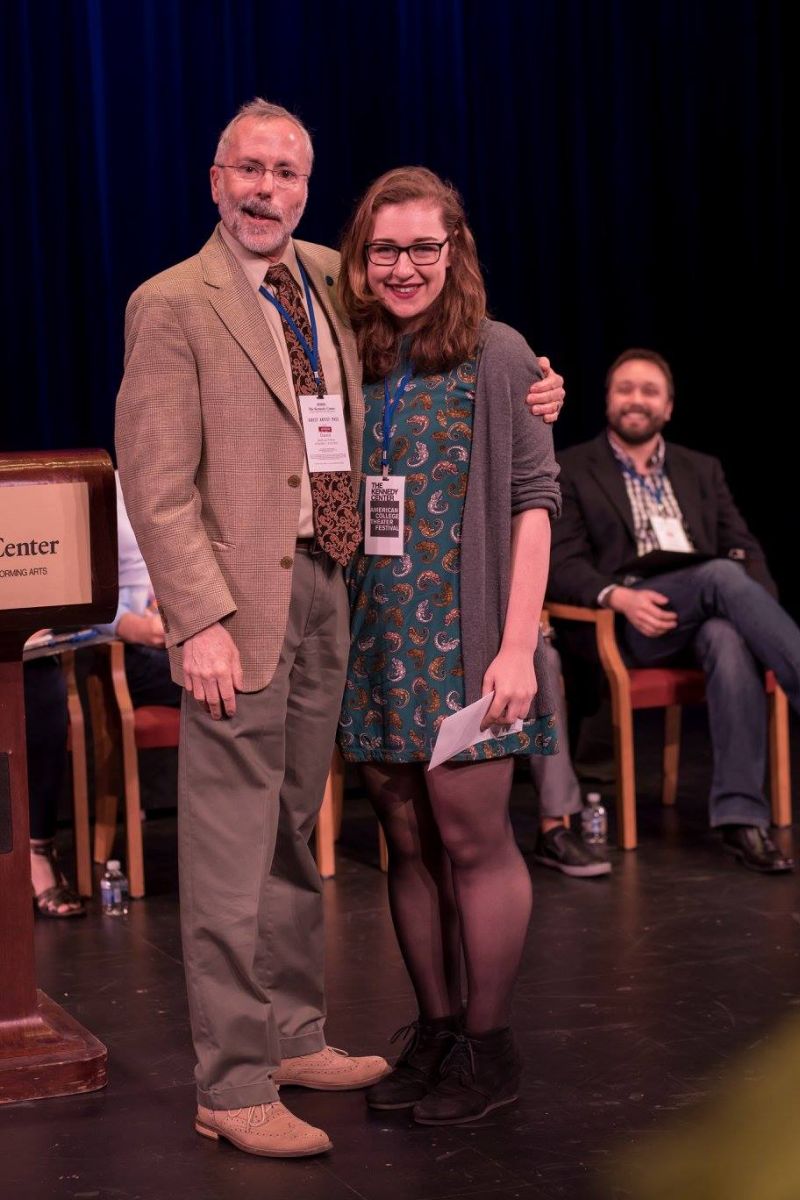 Mia has been recognized for her outstanding research paper, entitled “A Tedious Theatre: The Spectacle of the Body in 17th Century Anatomy Theatres and in Webster’s THE DUCHESS OF MALFI.” She receives a $1000 award, student membership in the Association for Theatre in Higher Education (ATHE), and an invitation to the KCACTF National Awards Ceremony on Saturday, April 22, 2017.

Mia is a Theatre and Neurobiology/Physiology double major and her dual interests are reflected in her research paper about the Jacobean drama,The Duchess of Malfi. The paper examines how the popular dissemination of anatomical science has affected the way that bodies are perceived on the theatrical stage, dating back to 16th-century paradigms. Mia uses a blend of historical research, performance theory, and literary analysis to comment on the violent and graphic nature of the play--a feature that was typical of plays of the era--and how it contributes to our understanding of the human body and secular mortality. She wrote the paper for Professor Esther Kim Lee’s graduate seminar, “History of Theatrical Theory Before Modernism,” and Professor Lee encouraged her to submit the essay for the KCACTF competition.

Mia explains that she appreciates studying Theatre as a scholar/researcher because the field gives her an opportunity to explore other disciplines--such as gender studies, biology, critical race studies, etc.--through the lens of performance. She became interested in dramaturgy because she enjoys the in-depth research that is required to put on a theatrical production, and the work enables her to delve into a wide range of topics. This semester, she is the dramaturg for TDPS’ production of The School of Bento Bonchev, directed by Yury Urnov.

While at the Kennedy Center American College Theater Festival last week, Mia spent time with professional dramaturgs at various stages of their careers. She learned more about the profession as each dramaturg had their case books reviewed for approach, process, and impact. Mia says that the exposure to professional dramaturgs was inspiring, and the most interesting aspect that she learned about was the range of possibilities for audience interaction and community outreach. Such outreach efforts can widen the impact of a production and illuminate the social issues that are explored in performance.

As for future plans, Mia plans to pursue a graduate degree in Theatre. She is particularly interested in pursuing a Ph.D. in order to continue her research on the presentation of science on stage.