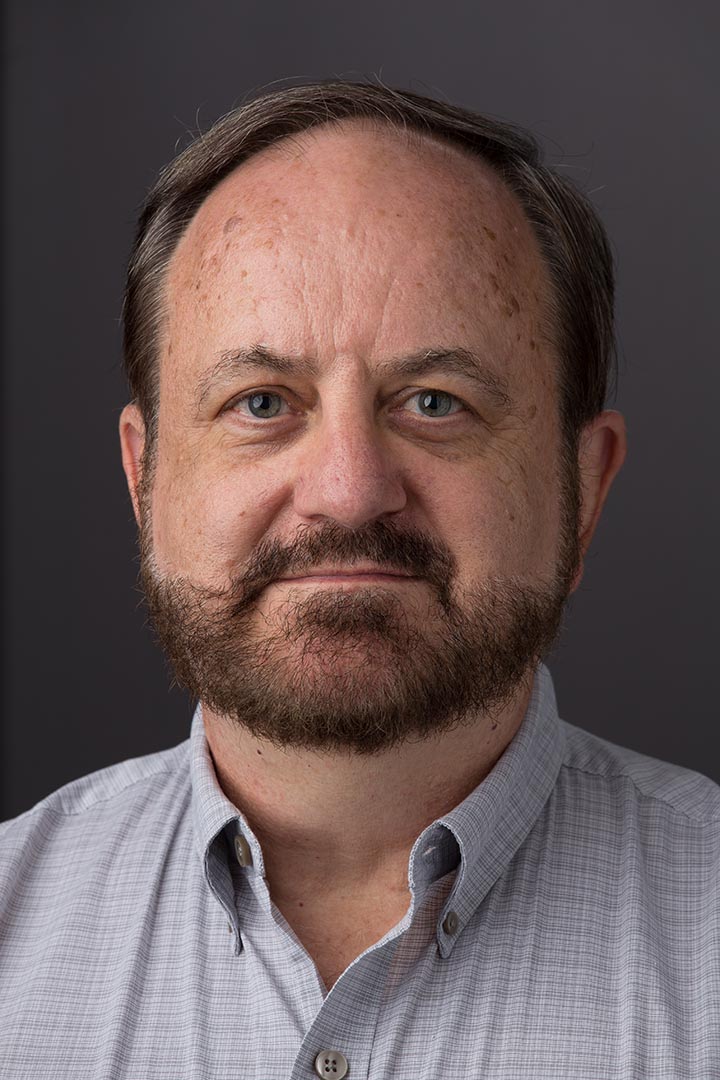 Franklin J. Hildy is Professor of Theatre History and Director of the International Program for Creative Collaboration and Research. He was elected as a lifetime Fellow of the College of Fellows of the American Theatre “honoring distinguished service and notable accomplishment by individuals of recognized national stature” in 2010. In 2015 he was elected as a lifetime Senior Research Fellow of Shakespeare’s Globe, London. He was the only American among the seven inaugural recipients of this prestigious award which was created to “recognize the extraordinary contribution to knowledge of Shakespearean theatre.”

Professor Hildy is co-author, with the late Oscar G. Brockett, of five editions of History of the Theatre,  which has been translated into Chinese, Czech, Fārsī, Greek, Korean, and Ukrainian; author of Shakespeare at the Maddermarket; editor of New Issues in the Reconstruction of Shakespeare's Theatre; volume editor for the Society for Theatre Research’s publication of Shakespeare for Everyman by Don-John Dugas; and is  General Editor for theatre-finder.org, an on-line index of all existing theatres over 100 years old.  Professor Hildy has published over 70 articles and anthology essays - two of which were translated into Chines and another into Portuguese- on historic theatre architecture and stage technology, theatre archaeology, the history of Shakespeare in performance, and on Digital Humanities in theatre research. He regularly lectures on these topics nationally and internationally. He has done a lecture tour of Ukraine sponsored by the US State Department and two lecture tours of Taiwan sponsored by their National Science Foundation.  He was co-organizer of a three- year International Symposium on Theatre Historiography held at National Taiwan University and is an elected member of the faculty of the Center for East Asian Studies at the University of Maryland. In 2005 he organized and ran the International Federation for Theatre Research’s annual conference, “Citizen Artists: Theatre, Culture & Community.”

Dr. Hildy is a member of the Architecture Research Group for the Trusties of Shakespeare’s Globe, which is charged with completing and maintaining the Globe Theatre complex, including the indoor Sam Wanamaker playhouse. He serves as a member of the Globe Council of Advisors and since 1984 has been Director of The Shakespeare Globe Center (USA)-Research Archive.  In 1990 he convened the first international conference to examine the archaeology at the sites of the Rose and Globe playhouses in London and also served as the Host/Presenter of the National Interactive Video Teleconference, "Rediscovering Shakespeare's Theatres,"  which was broadcast to 92 subscribed institutions across the US and Canada.  In 1995 he produced four shows in the Globe theatre as part of the International Shakespeare Globe Center's inaugural workshop season. Hildy’s work on the Globe was included in the exhibition, “Design of Shakespeare’s Globe, London” which traveled with the London Shakespeare’s Globe Company’s first United States tour of Twelfth Night in fall 2003.  In 2007 he was an exhibition consultant for “Reinventing the Globe: A Shakespearean Theater for the 21st Century” at the National Building Museum, Washington DC and he is currently working on “The Triumph of Isabella” a joint exhibition with the Victoria and Albert Museum in London.  He has taught at four National Endowment for the Humanities (NEH) summer institutes for Shakespeare and Company and for ten years was a founding co-convener of the Shakespeare Performance Research Group for the American Society for Theatre Research (ASTR).  His work on the Elizabethan Revival has been featured in two National Public Radio broadcast and a Folger Shakespeare Library podcast.

Hildy has done field research on historic theatres in over thirty countries. He is an elected member of the Association of Historic Theatres of Europe (PERSPECTIV) and has also served on the Architecture Committee of the International Organization of Scenographers, Theatre Architects and Technicians (OISTAT). He was the founding-convener for the Theatre Architecture Working Group of the International Federation for Theatre Research (IFTR) and now serves as the founding co-convener for the working group on Digital Humanities in Theatre Research.  In 2001 he created the Theatre Panel of the Performing Arts Field Committee for the National Initiative for a Networked Cultural Heritage (NINCH) which won a  $900,000 grant from the National Science Foundation  for ”Virtual Vaudville” directed by Professor David Saltz of the University of Georgia.  He has twice been a recipient for a Maryland institute for Technology in the Humanities, (MITH) Fellowship and a Graduate Research Board Fellowship. Hildy is also a member of the Advisory Board for the Graduate Certificate in Digital Studies in the Arts and Humanities (DSAH) in the College of Arts and Humanities at the University of Maryland.

Hildy joined our faculty in 1999 and has served as Chair of the Department of Theatre, Director of Graduate Studies, Director of the MA and PhD programs, and Head of the History Theory Area. Prior to his arrival here he worked for the Hippodrome State Theatre in Gainesville, Florida (1980-81); headed the theatre program at Berry College, Rome, Georgia (1981-88), where he designed and built the E. H. Young Theatre; and taught at the University of Georgia (1988-99), where he served as Director of Graduate Studies and won the M. G. Michael Award for Excellence in Research.  While at UGA he was sent on loan to the National Endowment for the Humanities where he served as a Humanities Administrator in the Division of Research Programs (1994-95.) Hildy has also served on the executive committees for the International Federation for Theatre Research (IFTR), the American Society for Theatre Research (ASTR), and the College of Fellows of the American Theatre.

History of the Theatre 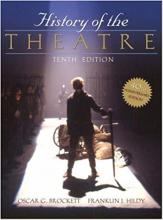 This 40th Anniversary Edition retains all of the traditional features that have made History of the Theatre the most successful text of its kind, including worldwide coverage, more than 530 photos and illustrations, useful maps, and the expertise of Oscar G. Brockett and Franklin J. Hildy, two of the most widely respected theatre historians in the field. As with every edition, the text reflects the current state of knowledge and brings the history of theatre up to the present. This tenth edition continues to provide the most thorough and accurate assessment of theatre history available.

Read More about History of the Theatre