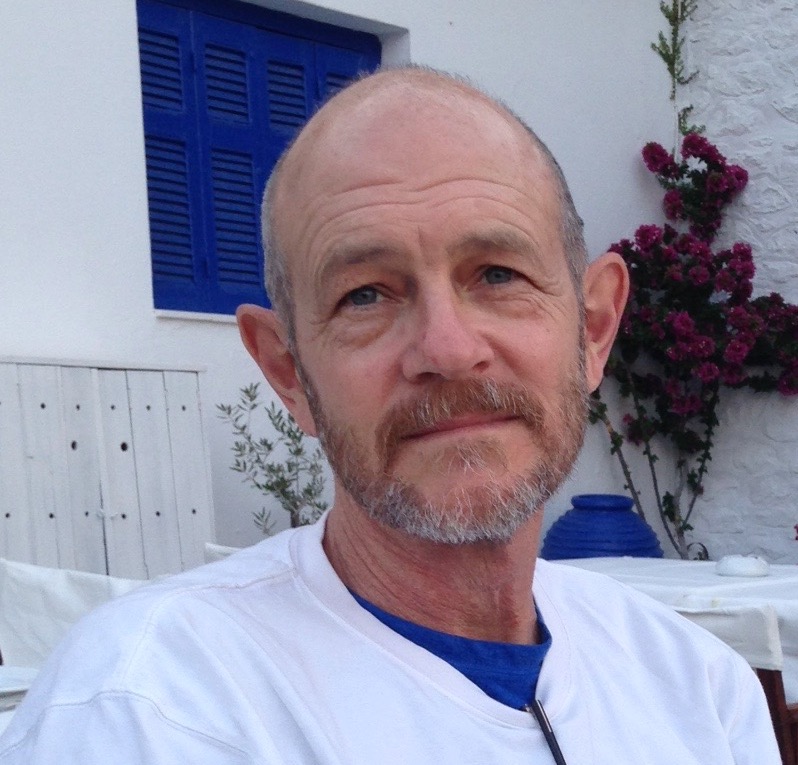 James M. Harding is an internationally known scholar whose work focuses on political activism and the arts, the history of experimental theatre, theatre in the 1960s, post 9/11 theatre and performance, the intersection of surveillance and performance, and on performance studies more generally. His most recent monograph is entitled Performance, Transparency and the Cultures of Surveillance (Michigan, 2018). He is the author of three previous monographs: The Ghosts of the Avant-Garde(s): Exorcising Experimental Theatre and Performance (Michigan, 2013), Cutting Performances: Collage Events, Feminist Artists and the American Avant-Garde (Michigan, 2010), and Adorno and "A Writing of the Ruins": Essays on Modern Aesthetics and Anglo-American Literature and Culture (SUNY, 1997).  He has co-edited five anthologies, the most recent of which is entitled The Sixties, Center Stage: Mainstream and Popular Performances in a Turbulent Decade (Michigan, 2017).  His articles have appeared in Performing Arts Journal, TDR, Performance International, Theatre Journal, Theatre Survey, Modern Drama, and PMLA as well as in numerous anthologies. In 2017, Harding received the year’s “Outstand Article Award” from American Theatre in Higher Education for his article “Incendiary Acts and Apocryphal Avant-Gardes: Thích Quảng Ðức, Self-Immolation, and Buddhist Spiritual Vanguardism” (PAJ, 2017). During the 2016-2017 academic year, he was a research fellow at the Freie Universität, Berlin’s International Research Center / “Interweaving Performance Cultures” working on a new monograph tentatively entitled, Performance Beyond the Pale: Radical Acts and Bodies in Extremis.

Performance Beyond the Pale: Radical Acts and Bodies in Extremis (authored). In progress.

Performance, Transparency and the Cultures of Surveillance (authored). Michigan, 2018.

The Ghosts of the Avant-Garde(s): Exorcizing Experimental Theatre and Performance (authored). Michigan, 2013.

Adorno and a Writing of the Ruins: Essays on Modern Aesthetics & Anglo-American Literature and Culture (authored). State University of New York, 1997.

Center-Staging the Sixties: Mainstream and Popular Performances in a Turbulent Decade (co-edited with Cindy Rosenthal). Michigan, 2017.

Restaging the Sixties: Radical Theaters and their Legacies (co-edited with Cindy Rosenthal). Michigan, 2006.

Not the Other Avant-Garde: The Transnational Foundations of Avant-Garde Performance (co-edited with John Rouse). Michigan, 2006.

Performance, Transparency, and the Cultures of Surveillance

Placing the disciplines of performance studies and surveillance studies in a timely critical dialogue, Performance, Transparency, and the Cultures of Surveillance not only theorizes how surveillance performs but also how the technologies and corresponding cultures of surveillance alter the performance of everyday life. This exploration draws upon a rich array of examples from theatre, performance, and the arts, all of which provide vivid illustration of the book’s central argument: that the rise of the surveillance society coincides with a profound collapse of democratic oversight and transparency—a collapse that, in turn, demands a radical rethinking of how performance practitioners conceptualize art and its political efficacy. The book thus makes the case that artists and critics must reexamine—indeed, must radically redefine—their notions of performance if they are to mount any meaningful counter to the increasingly invasive surveillance society.

Read More about Performance, Transparency, and the Cultures of Surveillance

The Sixties, Center Stage: Mainstream and Popular Performances in a Turbulent Decade

The Sixties, Center Stage offers rich insights into the innovative and provocative political underpinnings of mainstream and popular performances in the 1960s.

While much critical attention has been focused on experimental and radical theater of the period, the essays confirm that mainstream performances not only merit more scholarly attention than they have received, but through serious examination provide an important key to understanding the 1960s as a period.

The introduction provides a broad overview of the social, political, and cultural contexts of artistic practices in mainstream theater from the mid-fifties to mid-seventies. Readers will find detailed examinations of the mainstream’s surprising attention to craft and innovation; to the rich exchange between European and American theatres; to the rise of regional theaters; and finally, to popular cultural performances that pushed the conceptual boundaries of mainstream institutions. The book looks afresh at productions of Hair, Cabaret, Raisin in the Sun, and Fiddler on the Roof, as well as German theater, and performances outside the Democratic National Convention of 1968.

Read More about The Sixties, Center Stage: Mainstream and Popular Performances in a Turbulent Decade

The Ghosts of the Avant-Garde(s): Exorcising Experimental Theater and Performance

The Ghosts of the Avant-Garde(s) explores the diversity and plurality of avant-garde studies.

James M. Harding revisits iconic sites of early 20th-century performance to examine how European avant-gardists attempted—unsuccessfully—to employ that discourse as a strategy for enforcing uniformity among a politically and culturally diverse group of artists. He then takes aim at historical and aesthetic categories that have promoted a restrictive history and theory of the avant-garde and narrow readings of avant-garde performance. Harding reveals the Eurocentric undercurrents that underlie these categories and urges a consideration of the global political dimensions of avant-garde gestures. His book will interest scholars of theater and performance, art history, and literary studies, as well as those interested in the relation of art to politics in various historical periods and cultures.

Read More about The Ghosts of the Avant-Garde(s): Exorcising Experimental Theater and Performance

Cutting Performances explores the history of avant-garde performance through a feminist lens.

Cutting Performances challenges four decades' worth of scholarship on the American avant-garde by offering a provocative reconceptualization of the history of avant-garde performance along feminist lines. Focusing on five women artists (Elsa von Freytag-Loringhoven, Gertrude Stein, Yoko Ono, Carolee Schneemann, and Valerie Solanas) whose performance aesthetics made prominent use of collage techniques, James M. Harding sheds light on the cultural history of the avant-garde and the role that experimental women artists played in that history. He investigates the prominent position that collage technique occupied within the artists' performance aesthetic, and the decisively feminist inflection that their work gives to collage as a mode of avant-garde expression. The radical juxtapositions in their works produce the powerful effects of making the familiar strange and establishing contexts from which new understandings may emerge.

Harding examines the performative dimensions of collage in experimental, feminist redefinitions of the literary, graphic, and theatrical arts, filling a void in a scholarly discourse that, while ostensibly about the vanguard, has lagged well behind other significant theoretical and historiographical currents. Cutting Performances not only challenges assumptions that have governed scholarship on the American avant-garde but also establishes a context to rethink the history of American avant-garde performance along feminist lines. It will appeal to audiences interested in theater history and performance studies as well as those interested in the cultural history of the avant-garde and the role that feminist experimental artists have played in it.

This book co-edited by James Harding and Cindy Rosenthal critically examines Richard Schechner's contributions to the field of performance studies.

Restaging the Sixties: Radical Theaters and Their Legacies

This edited volume explore the artistry, politics, and legacies of eight radical theatre collectives in the 1960s.

In the volatile period of the late sixties and early seventies, several theater groups came to prominence in the United States, informing and shaping activist theater as we know it today. Restaging the Sixties examines the artistry, politics, and legacies of eight radical collectives: the Living Theatre, the Open Theatre, the Performance Group, the San Francisco Mime Troupe, El Teatro Campesino, At the Foot of the Mountain, the Free Southern Theater, and Bread and Puppet Theater. Each of the specially commissioned essays is from a leading theater artist, critic, or scholar. The essays follow a three-part structure that first provides a historical overview of each group’s work, then an exploration of the group’s significant contributions to political theater, and finally, the legacy of those contributions.

The volume explores how creations such as the Living Theatre's Paradise Now and the Performance Group’s Dionysus in 69 overlapped with political interests that, in the late 1960s, highlighted the notion of social collectives as a radical alternative to mainstream society.  Situating theatrical practice within this socio-political context, the book considers how radical theaters sought to redefine the relationship between theater and political activism, and how, as a result, they challenged the foundations of theater itself.

Read More about Restaging the Sixties: Radical Theaters and Their Legacies

Not the Other Avant-Garde: The Transnational Foundations of Avant-Garde Performance (Theater: Theory/Text/Performance)

This edited volume of essays considers avant-garde performance in a global context.

The essays in this collection offer a radical reappraisal of the avant-garde by placing it within a much broader global context. The book questions the very assumptions that underlie the generally accepted chronology and theory of the avant-garde, and offer a bold new performance-based theory that moves beyond Eurocentric presup-positions. In ten essays especially commissioned for this volume, leading scholars and critics including Marvin Carlson, Supito Chatterjee, John Conteh-Morgan, Harry J. Elam, Jr., Joachim Fiebach, David G. Goodman, Jean Graham-Jones, Hanna Higgins, and Adam Versenyi discuss avant-garde performances in Africa, the Middle East, Mexico, Argentina, India, and Japan.

Read More about Not the Other Avant-Garde: The Transnational Foundations of Avant-Garde Performance (Theater: Theory/Text/Performance)

Contours of the Theatrical Avant-Garde: Performance and Textuality (Theater: Theory/Text/Performance)

This collection of essays explores the development of avant-garde theater and its relation to questions of textuality, authority, and the academy.

Read More about Contours of the Theatrical Avant-Garde: Performance and Textuality (Theater: Theory/Text/Performance)

Adorno and a Writing of the Ruins: Essays on Modern Aesthetics & Anglo-American Literature and Culture

This book by James Harding extends critical discussion of Adorno to works by Samuel Beckett, T.S. Eliot, Ralph Ellison, and Amiri Baraka, arguing that Adorno's work can best be assessed in terms of its relevance in specific localized contexts.

Arguing that postmodernism has so shifted current critical paradigms that Adorno's work can best be assessed in terms of its relevance in specific localized contexts, this book pursues a course that preserves Adorno's opposition to hegemonic programs but that is also wary of Adorno's own (negative) penchant for totalizing concepts. Unlike recent works which attempt to synthesize Adorno's writings into a comprehensive system that then becomes either the focus of an overriding critique or an object of appropriation, Harding orders his book as a collection of essays whose loose association questions the structural totality of Adorno's thought. Though together the essays cover all the major issues of Adorno's thought and offer a wide critical survey of his writings, the diversity of their focus avoids a systematic reduction of Adorno's work into a reproducible technique or method. The result of this strategy is a far more dynamic analysis of Adorno than a mere critical reconstruction of his ideas.

By applying Adorno's theories to works by Samuel Beckett, T.S. Eliot, Ralph Ellison, and Amiri Baraka, the book pushes critical discussion of Adorno into cultural contexts that, while perhaps new for Adorno scholars, reach out to those whose knowledge of Adorno is limited. This book is a fine introduction to the subtleties of Adorno's writing and a genuine contribution to Adorno scholarship.

Read More about Adorno and a Writing of the Ruins: Essays on Modern Aesthetics & Anglo-American Literature and Culture